Kohli juggernaut rolls on and on 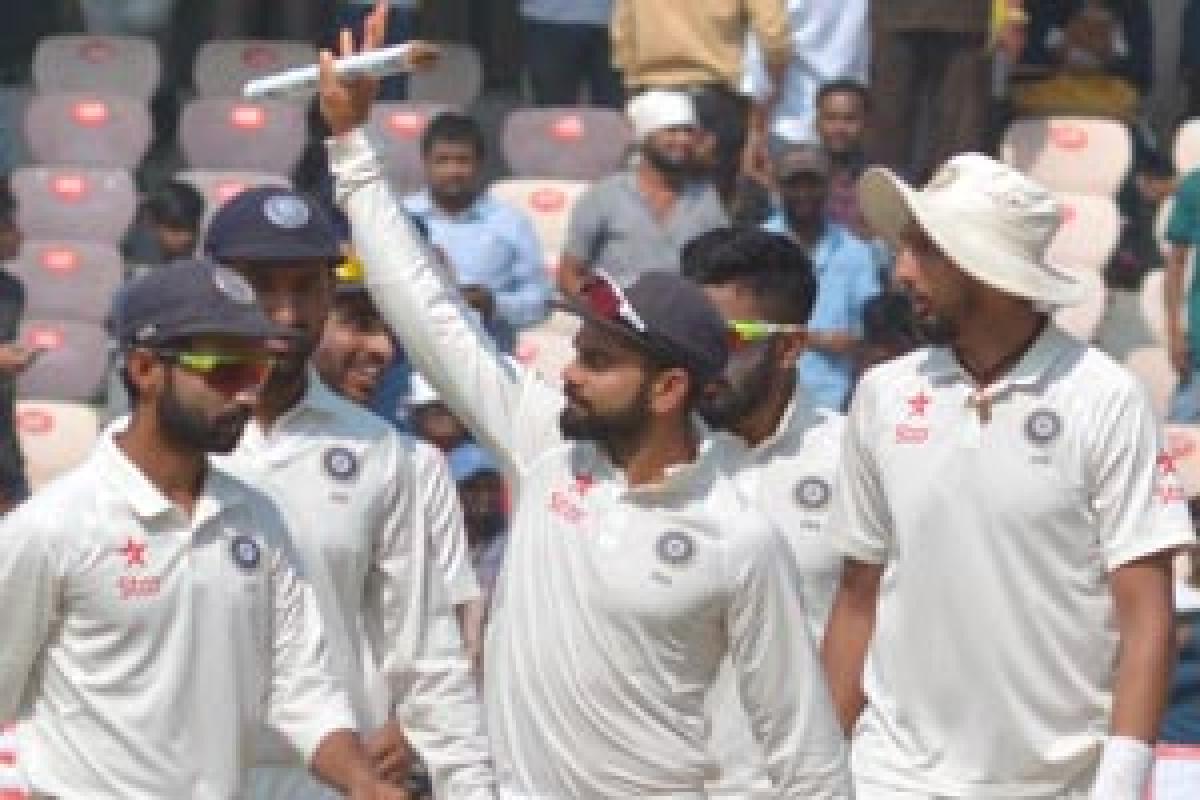 It was all over in the 101st over of Bangladesh second innings, thanks to the spectacular efforts of Ravichandran Ashwin and Ravindra Jadeja, both of whom accounted for four dismissals each, and Ishant Sharma, who took the remaining two, to seal the fate of the visiting team.

The win was the Indian team's eighth victory in nine home Tests this season with the only draw coming against England at Rajkot. This was India's the sixth successive series victory under Virat Kohli starting from Sri Lanka series in 2015. India's unbeaten streak in Test matches stretched to 19 with the last defeat coming against Sri Lanka in in August 2015 in Galle.

However, credit should go to their lower order batsmen, who all displayed dour application and actually delayed an early win for the host with their determination to hang in there. They waged a good battle and head home with their heads held high given the manner they tackled the balls for 100 overs. Unfortunately, the frontline batsmen lacked the resolve to make a match of it.

In the overall context, the team’s showing here is bound to hold them in good stead as they gear up for the immediate future challenges. Meanwhile, Kohli should be in a spot of bother because the win came the hard way against minnows like Bangladesh, who gave their very best but lost to a seasoned campaigner. India was the hot favourite.

For a team ranked No.9 in the ICC Test rankings, Bangladesh held on bravely for four days and half and played close to 230 overs, both innings included, making India work hard for their victory. A win, no doubt, bolsters one’s confidence levels but Team India should realise that they take on Australia in a four-Test series beginning at Pune from February 23. And Australia is no Bangladesh to surrender even on flat Indian tracks.

Earlier in the day, the pitch turned increasingly docile and the bowlers were not as penetrative as was expected, which was one of the reasons why the Bangladesh batsmen contributed runs in bits and pieces. This also helped them to bat for 65 overs after having resumed the day at 103 for three in 35 overs, Ultimately, it was the combined experience of Ashwin, Jadeja and Sharma and a clinical team effort that helped India finish the match before tea.