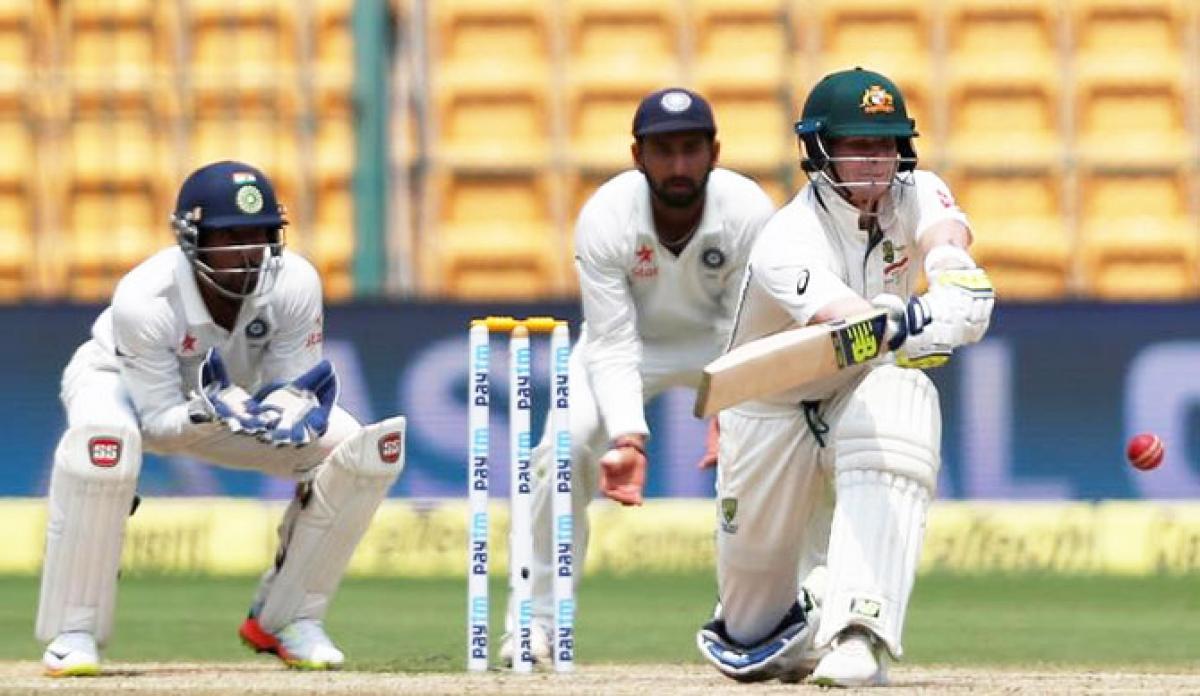 Steve Smith had no qualms in admitting that he made a mistake by seeking help from the dressing room on a DRS call but the Australia captain insisted that the game was played in good spirit.

Bengaluru: Steve Smith had no qualms in admitting that he made a mistake by seeking help from the dressing room on a DRS call but the Australia captain insisted that the game was played in good spirit.

The incident had snowballed into a controversy with many former players criticising Smith’s act. Explaining the incident, Smith said there was a bit of brain fade when he turned to dressing room for help.

Asked about his animated chat with rival captain Virat Kohli, Smith dismissed it as mere banter.

“Me and Virat were having a little chat out there. There was not much in it, so it was bit of fun, a bit of banter. That is the kind of things happen in these matches. It is nice to occasionally get engaged in such conversations. It was only good fun,” he said.

“I am not sure, I think that is the question to ask them. As far as I am concerned the game was played in good spirit. You know, emotions sometimes get better of you , but I don’t think anyone crossed the line.

“If emotions are kept in check it will make great contest.” The visiting captain said the result was “disappointing” but his side fought hard.

“We expected India to come back hard and in their second innings they played some good cricket. Partnership between Pujara and Rahane was really good. But I am still proud of the way these boys have played it. From my camera, they were bit North competing incredibly harder. I am sure we will continue to do that. we can get some more results going our way,” he said.