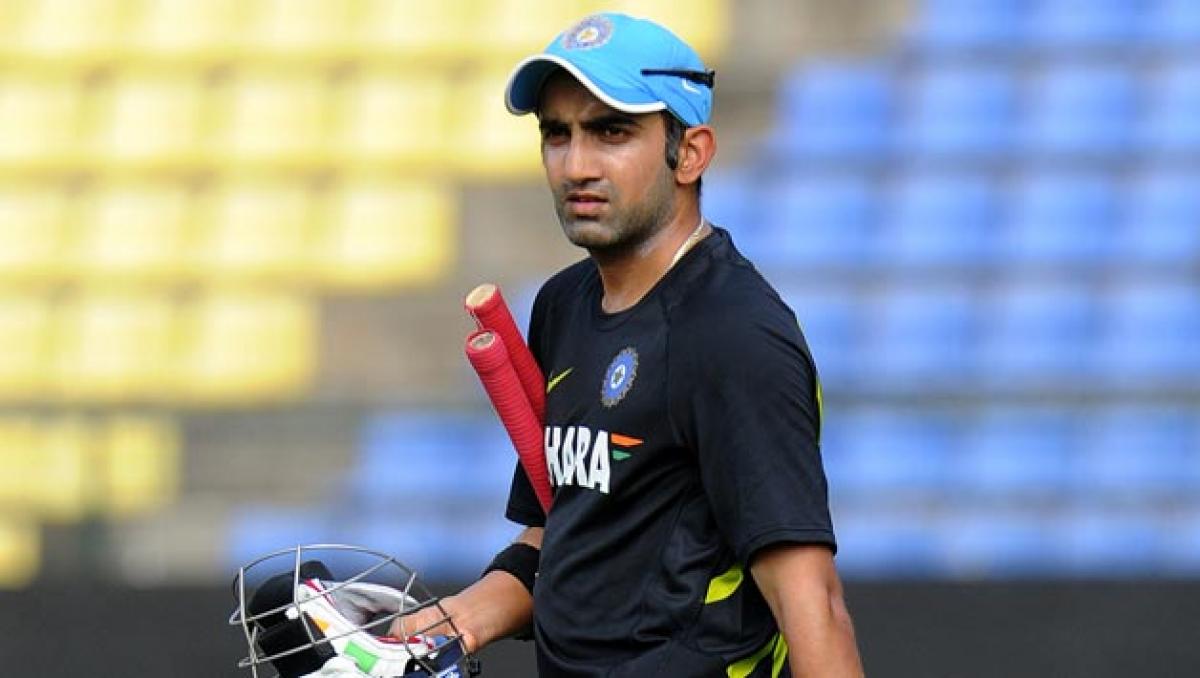 Former India captain Gautam Gambhir on Tuesday said Delhi chief coach KP Bhaskar has made talented youngsters \"so insecure\" that he was left with no option but to ask him a few tough questions.

New Delhi: Former India captain Gautam Gambhir on Tuesday said Delhi chief coach KP Bhaskar has made talented youngsters "so insecure" that he was left with no option but to ask him a few tough questions.

A media report accused Gambhir of engaging in an ugly confrontation with Bhaskar which the two-time World Cup winner rubbished. But Gambhir did not deny that he had asked questions after Delhi's disastrous home season under Bhaskar.

"If protecting a youngster is a crime, I am guilty. If making 20-22 year olds feel secure in an insecure environment is a crime, then I am guilty. But I could not have let this man (Bhaskar) play with careers of young players like Unmukt Chand and Nitish Rana," Gambhir told PTI in a no-holds barred interview at his residence on Tuesday.

"Dressing room is a private environment. It's like a bedroom. There may be many discussions but that's not supposed to be discussed with media. I never spoke what all he (Bhaskar) said after we lost a T20 match in Himachal as to what laurels he had brought to Delhi cricket and where these youngsters are taking it to? Is it how you deal with youngsters?" questioned Gambhir, who has played 242 international matches for the country across three formats.

"I know how to deal with people. Lot of things have been said about him, about how I abused this man or that man. Lot of things are blown out of proportion," Gambhir said.

"For last three years, I have been trying to give security to these young players who are all 23 or 24. There has been a culture in Delhi cricket about making players insecure. I have myself faced that when I was a youngster. When I got into the Ranji Trophy team, I was made to feel insecure. Then only I had decided, if I ever take charge I will never make young boys feel insecure.

"I backed certain boys for 2-3 years as these were the best boys to back. It is irrelevant from which club they come and we need to get this culture out of the way," said Gambhir.

Talk about Bhaskar's ways of dealing, Gambhir took an exception to how Unmukt Chand and Nitish Rana were treated when one was sent home after three bad games and the other dropped after captaining the state in a four-day game only to be called for the last two matches.

"Look at somebody like Unmukt Chand. He was an India A captain recently, captained Delhi when I wasn't a part of the team. Suddenly you don't even pick him for Delhi's one-day side. Look where you have got his career to. Look at Nitish Rana, he played Duleep Trophy, he has played IPL for Mumbai Indians and suddenly three bad one-day games, you send him back," he sounded perplexed.

"I don't have problems with people being dropped from the playing XI but don't send them back. Look how insecure they will feel when they come back next into the side. How much insecurity have you put in Unmukt and Nitish's mind? They are 23-year-olds for God's sake.

"Delhi doesn't have a good cricketing structure and already players feel they are one match away from getting dropped. I told Bhaskar throughout the season, just don't make players this insecure," said Gambhir.

Not one to mince his words, Gambhir said he was not even told by selectors Atul Wassan, Nikhil Chopra and Robin Singh Junior about being removed from captaincy.

Asked whether he will speak to selectors, Gambhir was sarcastic.

"Who are selectors? None of the selectors watched a single game. They don't come to the nets. They only come to the nets just one day before the meeting. One selector is busy appearing on channels and other busy partying. What is there to talk to them. Had they been this loyal to Delhi cricket, they should have watched games and not just come to drop players."

Gambhir's reference was towards Nikhil Chopra and Atul Wassan.

Gambhir had picked a raw Karnal boy Navdeep Saini for a Ranji Trophy game that did not go down well with the then chairman of selectors Chetan Chauhan.

"Mr Chauhan had a problem as I selected Navdeep Saini. Within two years this boy is playing for India A. The national selectors must have seen something in him. Now Bhaskar wanted to drop him from Delhi Mushtaq Ali T20 side branding him a 'red ball bowler'. I told him don't do this as this boy may get an IPL contract. Had he not played in Dharmsala, may be Daredevils would not have picked him."

He accused Bhaskar of lying to Unmukt on the reasons of him being dropped from the squad.

"When Unmukt got dropped, he (Bhaskar) kept on lying in front of the whole team. Unmukt called him to ask why he has been dropped from the team and he said 'I was not happy that you are keeping wickets'. If he was not happy he should have said that in a selection meeting. Had Nitish scored one 50, would he have called Unmukt on SOS basis then?" Gambhir fumed.

"It was decided at a selection meeting that Unmukt would be picked as a wicketkeeper because he kept wickets previous year as well. When Unmukt confronted him, Bhaskar said he was referring to zonal team and then Unmukt told him on his face he was lying. Unmukt had just played for a North Zone team 15 days back. That team had Yuvraj Singh, Harbhajan Singh, Shikhar Dhawan and Gautam Gambhir. If you want to tell me that zonal team was inferior to a Delhi team, good luck to these people."

Talking about how DDCA has been run over the years, Gambhir said there have been times that Delhi team's probables didn't have proper breakfast and mineral water for which he paid from his own pocket. He doesn't want reimbursement for a small amount but says that his players deserve a bit of respect.

"I spent money on water and breakfast for probables. I spent from my own pocket. This I did because I love these youngsters, not for DDCA. I am doing it for cricket. Where were all these so called officials in DDCA back then? Bhaskar wants young players. Unmukt 23, Manan is 24, Navdeep is 21. You want younger players. Then select an U-19 team as senior state team. So if being honest in your intention is an issue, then I am certainly guilty because I told him not to play with careers."