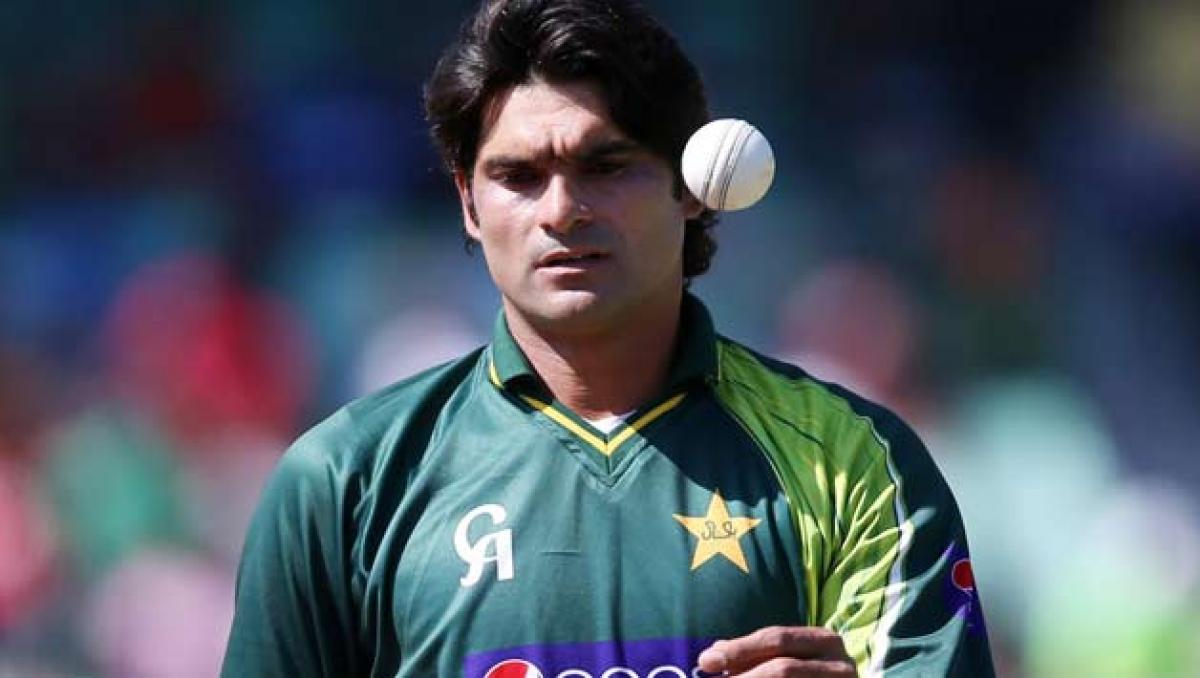 Pacer Muhammad Irfan was today suspended by the Pakistan Cricket Board for being in touch with a suspected bookmaker, making him the third player to be charged in the ongoing probe of alleged corruption in the Pakistan Super League.

Karachi: Pacer Muhammad Irfan was today suspended by the Pakistan Cricket Board for being in touch with a suspected bookmaker, making him the third player to be charged in the ongoing probe of alleged corruption in the Pakistan Super League.

"The Pakistan Cricket Board in furtherance to its investigation into potential corrupt practices has today issued a Notice of Charge to Mohammad Irfan under the PCB Anti-Corruption Code," the PCB said in a statement.

"Irfan has been charged with two violations of Code Article 2.4.4 and now has 14 days to respond to the Notice of Charge. He has also been provisionally suspended with immediate effect from participating in all forms of cricket," it added.

Irfan appeared before the PCB's Anti-Corruption Unit (ACU) and top legal expert yesterday in Lahore and according to sources in the board, he admitted to meeting with a suspected bookie who asked him to spot fix in matches.

Irfan, 34, has played four Tests, 60 ODIs and 20 T20 internationals in his career, which has been plagued by issues due to his tall demeanour.

Irfan has denied accepting any offer but conceded that he did not report the matter to the Board. Irfan claimed that he was under great mental stress due to the death of his mother in the last three months.

He has also denied getting any offer to fix matches in the Pakistan Super League. The other suspended players have also denied charges of wrongdoing and a tribunal has been set up to decide their fate.

PCB Chairman Shaharyar Khan said if found guilty, the players could face a life ban as the Board would not tolerate any corruption.

Irfan was not called for the national training camp set up for the limited-overs series in West Indies last week.

Pakistan's discarded batsman Shahzaib Hasan is also due to appear before the PCB ACU officials today in Lahore. He too is being probed for suspected contact with bookmakers in Dubai during the PSL.