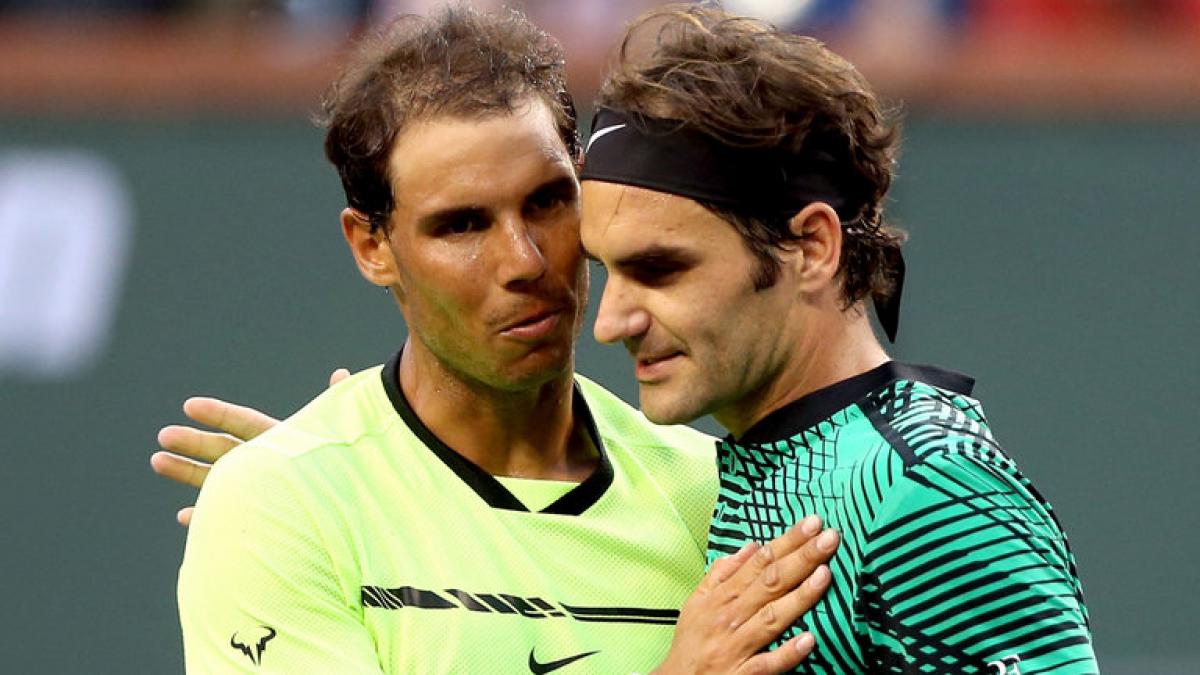 Roger Federer defeated Rafael Nadal 6-2 6-3 at the BNP Paribas Open in a fourth-round match that saw the longtime rivals meeting much earlier in a tournament than usual.

Roger Federer defeated Rafael Nadal 6-2 6-3 at the BNP Paribas Open in a fourth-round match that saw the longtime rivals meeting much earlier in a tournament than usual.

Federer broke Nadal four times in advancing to the quarterfinals in just over an hour.

Although Nadal owns a 23-13 lead in their series, Federer has won the past three in a row, including an epic comeback in the Australian Open final two months ago.

Federer broke Nadal to open the match in front of a packed Stadium 1 crowd. Federer faced just one break point on his serve in the match, but he recovered with a big serve and two winning backhands to go up 2-0 in the first set.

"The main thing he take the break in the first game, and I had break point in the next game and come back and he had a good serve," Nadal said. "When Roger has the advantage, his serve is so good, he has a lot of confidence with his serve, he's able to play much more relaxed."

Nadal wasn't too shabby either, serving three love games. But Federer's shotmaking was superb, frequently kissing the lines off both sides.

Federer's drop shots were well-timed and even when a scrambling Nadal got to them in time, Federer answered with one of his 26 winners.

The two superstars hadn't played each other before the quarterfinals of an event since 2004 when they met in the third round at Miami. Wednesday's match was just the fifth time they weren't opposing each other in a final.

Another one of tennis' Big Four went down, too. Novak Djokovic's 19-match winning streak at the desert tournament ended in a 6-4 7-6 (3) loss to Nick Kyrgios.

Djokovic joined Nadal and top-ranked Andy Murray, who was upset in the second round.

Djokovic, Federer and Nadal were all in the same quarter of the draw, ensuring the tournament would lose some of its biggest names before the second weekend.

Kyrgios beat Djokovic for the second time in two weeks, having earned a straight-set victory over the world's No. 2 player at Acapulco on March 2.

"Conditions like today where the ball travels through the air very fast and it bounces very high, it's a gamble," Djokovic said. "On his first serves, to try to anticipate and read his serve, where he's going to go 140 miles per hour down the T and also pretty good angle wide, it's hard to position yourself well."

Djokovic was bidding for a fourth consecutive title at Indian Wells, having won a total of five in his career. But he unraveled with 25 unforced errors, including a forehand service return on Kyrgios' second match point.

"The run was amazing," Djokovic said. "It had to end at some stage. Unfortunately, it was today."

Kyrgios advanced to the quarterfinals, where he will face Federer. The 15th-seeded Australian hit 14 aces, with his fastest serve clocking 141 mph, and won 86 percent of his first serve points.

On the women's side, No. 8 seed Svetlana Kuznetsova beat 19th-seeded Anastasia Pavlyuchenkova 6-3 6-2 to reach the semifinals.