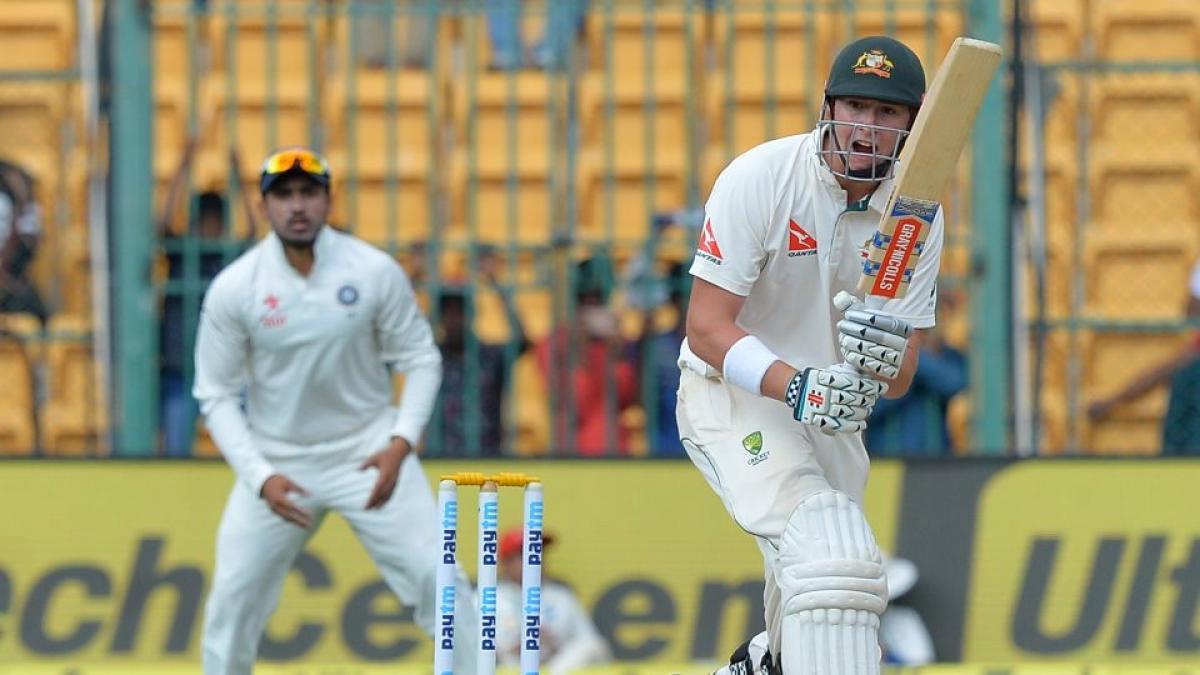 India skipper Virat Kohli on Monday credited Shaun Marsh and Peter Handscomb with preventing an Australian defeat in the third Test, adding that although the hosts got into a winning position it was their excellent batting that forced the draw.

India skipper Virat Kohli on Monday credited Shaun Marsh and Peter Handscomb with preventing an Australian defeat in the third Test, adding that although the hosts got into a winning position it was their excellent batting that forced the draw.

"We got ourselves into a very good position," Kohli said after the match.

"Losing the toss here was never easy. Not being able to take the field and watching the opposition get big runs was difficult. But we batted beautifully.

"We didn't expect a 150-run lead. Yesterday two wickets, we thought we had a good chance, but credit to the two batsmen, they batted really well. Guys want to push the barrier, their physical limits, their mental toughness," he added.

"Credit to Australia for playing out the draw, but we played ourselves into a position where we could win."

Marsh and Handscomb stitched together a 124-run partnership for the fifth wicket after India went into the lunch break with their tails up as the tourists were tottering at 83/4. The visitors finally ended the day on 204/6.

Kohli lavished praise on Chesteshwar Pujara and Wriddhiman Saha who helped India to a dominating position with their epic seventh wicket stand of 199 runs.

"The partnership between Saha and Pujara is the best I have seen.

"When you play only one format, you are always extra determined to make it count. Pujara is very motivated, and he is really good at test batting," Kohli said.

"This is the best I have watched him bat. Saha did it in West Indies, he did it in Calcutta as well, and here under pressure, he really stood up.

"You feel happy for him because he is such a wonderful guy. Always smiling, always happy for whoever achieves anything. I don't think it was the wicket, it was the ball, soft, not doing much," he added.

Kohli said that left-arm spinner Ravindra Jadeja, who returned a match haul of 9/178, was "unbelievable".

"I don't know about the lot of balls. Jadeja is unbelievable. He is a gun in the field too. I have never seen anyone bowl so economically for so long ever."

The fourth and final Test will now take place at Dharamsala from March 25-29 with the series locked at 1-1.

"Dharamsala, no different from what I have done here. We have given our best here, and as long as we keep doing that, I am sure we will get ourselves into winning positions," Kohli said.