More satisfying to win events than being World No. 1: Saina Nehwal 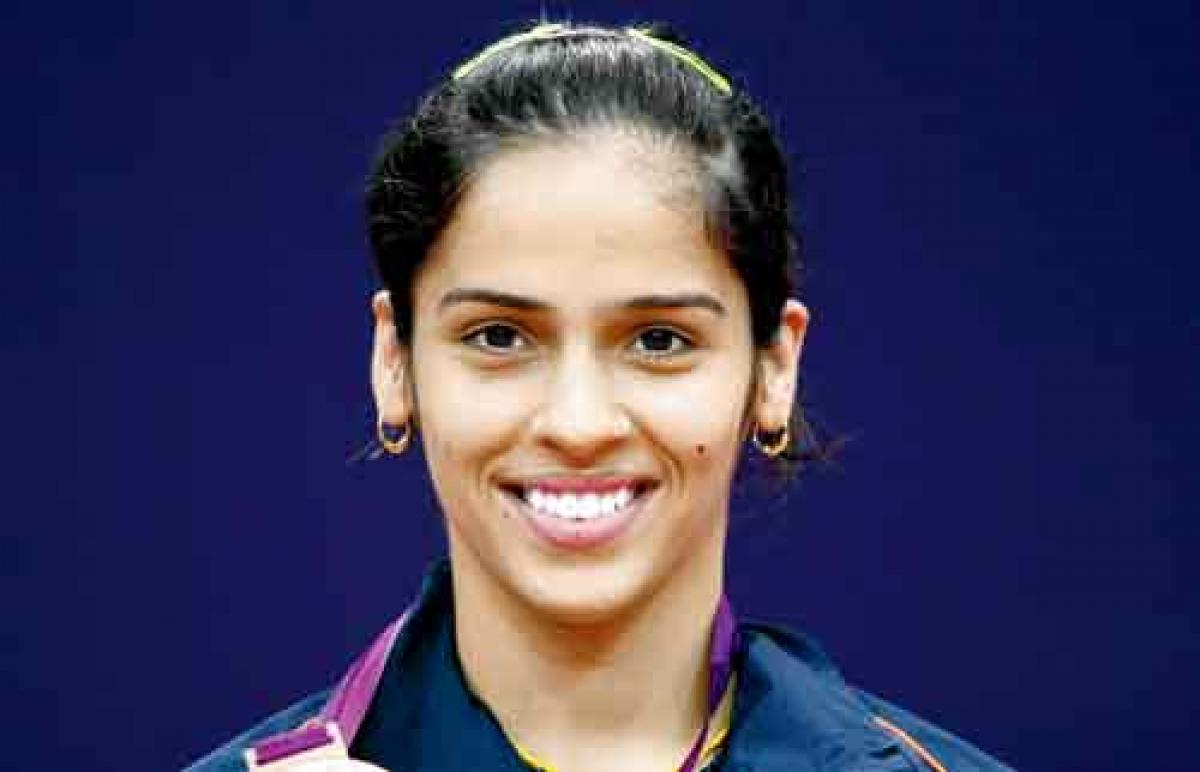 A former world number one, Saina Nehwal on Wednesday said she is not worried about regaining the numero uno status as winning tournaments is \"more satisfying\" for the Indian badminton ace.

New Delhi: A former world number one, Saina Nehwal on Wednesday said she is not worried about regaining the numero uno status as winning tournaments is "more satisfying" for the Indian badminton ace.

"I have already been world number one. It is not what I am thinking about. I only want to win tournaments," Saina told reporters here.

The London Olympics bronze medallist has set a secret goal for herself and hoped to stay injury-free to realise it.

"I have already come out of big injuries in my career. This is another tough situation. I have set a goal for myself. I am fighting it out to see that I realise that goal," Saina said.

"That goal is secret. (smiling). I just hope that I stay injury-free. That's the only thing I hope for. If the goal I have set, if it's accomplished, I will throw a party."

The shuttler from Hyderabad on Wednesday beat Chinese Taipei's Chia Hsin Lee 21-10 21-17 to make a positive start in the Indian Open.

Talking about the match, Saina said: "First game was good. Second game I gave away seven points. My fault. Score could have been 10 and 10. Got a little bit nervous, I don't know why. This girl is tricky because she is a doubles player. They play quickly at the net.

"I couldn't play my natural rally game as she didn't allow me to. She wanted to finish points quickly. When I engaged her in the rallies, she found it difficult. I was anxious to finish the game. That's a mistake I made.

"I didn't expect to win so easily. Movement wise I'm good. Knee is feeling good. All these matches build your confidence and help you prepare for crucial points against tougher opposition," she said.

Asked about a likely clash with Rio Games silver medallist PV Sindhu in the quarterfinals, Saina said: "Well, let's see. The girl I am playing next, she is a good player.

Played against her in the Malaysia finals. Of course Sindhu is playing extremely well. That's why she played in the Olympic finals in Rio. Carolina, Ratchanok, Tai Tzu, are all top 10 players."

"Only thing with me is that I lost my form because of surgery. I want to play more matches to get the confidence back."

Saina said fitness and execution is all that matters.

"Experience hardly matters. I hardly lost to Tine Baun when she was playing. It's all about fitness and how you execute your shots," she said.

"I have won so many Indonesia Open titles but I can't just go on and win it again. It is all about fitness."

Talking about her rehabilitation, Saina said: "I have to lose weight as it would help my knee. I have lost say 4/5 kilos. I have to lose another two kilos.

"I have to keep strengthening my muscles. I had spoken to Heath Matthews and he told me there were few little things which I should have taken care of. I guess I made a few mistakes."