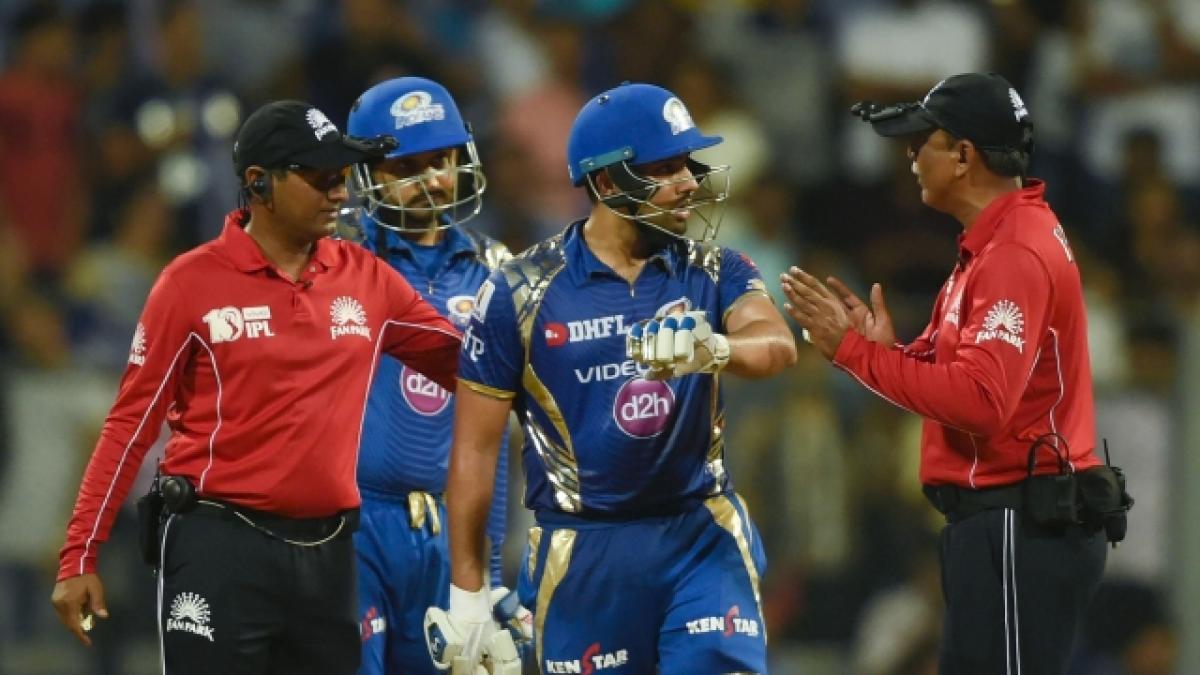 Mumbai Indians captain Rohit Sharma has been fined 50 per cent of his match fee for showing dissent at an umpire’s decision during their IPL encounter against Rising Pune Supergiant here.

Mumbai: Mumbai Indians captain Rohit Sharma has been fined 50 per cent of his match fee for showing dissent at an umpire’s decision during their IPL encounter against Rising Pune Supergiant here.

The incident happened at the Wankhede Stadium last night when Mumbai needed 17 in the last over bowled by Jaydev Unadkat 5 while chasing 161 for win.

In the first delivery, Ben Stokes took a brilliant catch in the deep to pack off Hardik Pandya, while the second was heaved over long-on for a six by Rohit.

Having seen Rohit shuffle across the stumps, Unadkat pushed the third delivery of the over wide and Rohit, realising that the ball was veering away from the guideline for wide deliveries, left it alone.

But umpire S Ravi didn’t call it a wide. Disappointed with the decision, Rohit walked up to the umpire and protested angrily even as the square-leg umpire A Nand Kishore intervened.

Needing 11 off three balls, Rohit skied the fourth ball and was caught-and-bowled by Unadkat for a 39-ball 58 as Mumbai went down by three runs.

“Mr Sharma admitted to the Level 1 offence 2.1.5 of the IPL Code of Conduct for Players and Team Officials. This is Mr Sharma’s second Level 1 offence this season,” the IPL release said.

“For Level 1 breaches of the IPL Code of Conduct, the Match Referee’s decision is final and binding.”