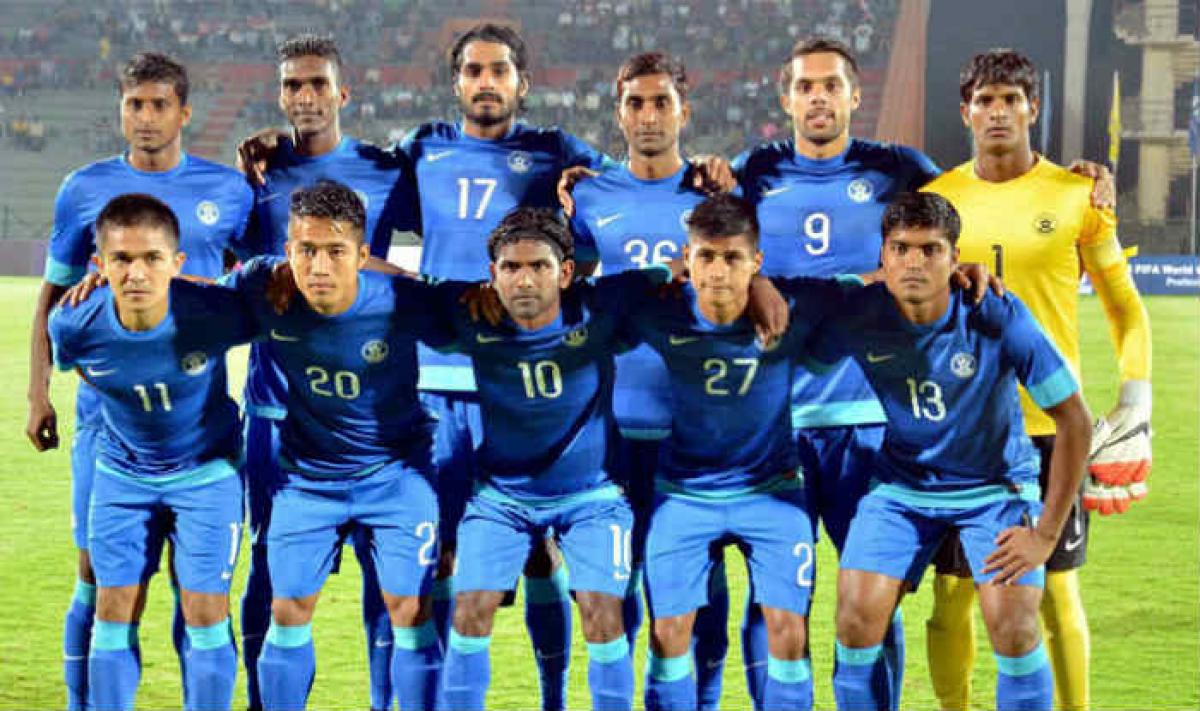 The Indian football team has jumped up a place to be ranked 100th for the first time in over two decades in the latest Fifa rankings released on Thursday.

The Indian football team has jumped up a place to be ranked 100th for the first time in over two decades in the latest Fifa rankings released on Thursday.

For the first time in 21 years and only the sixth time after Independence, the national football team has found a place in top-100 of Fifa rankings.

This is India's best-ever Fifa ranking since April 1996 when they were also ranked 100. India's highest Fifa ranking till date has been 94, achieved in February 1996.

"As long as we keep heading up the ladder, I am happy. It points out that we are heading in the right direction. There are major matches ahead and we cannot take things lightly.

All India Football Federation (AIFF) General Secretary Kushal Das said: "It's pleasing that we are presently ranked 100. At the same time, we need to stay aware of the challenge in hand. The AFC Asian Cup Qualifiers UAE 2019 are an acid test for us.

"AIFF has been providing the national team the best of exposure and facilities and we expect the team to keep up the good work."

Historic wins including a 1-0 victory over Myanmar in the AFC Asian Cup qualifiers - the first ever win in Myanmar in over 64 years, and first ever win in an away encounter in over a decade when they defeated Cambodia 3-2 in an International Friendly have propelled the national team to the rise in the ranking table.

One more victory against an international side - 4-1 win over South American opponent Puerto Rico - added another feather to India's cap.

The national team has secured victories in 11 of their last 13 matches (including an unofficial match against Bhutan), scoring 31 goals in the process. -