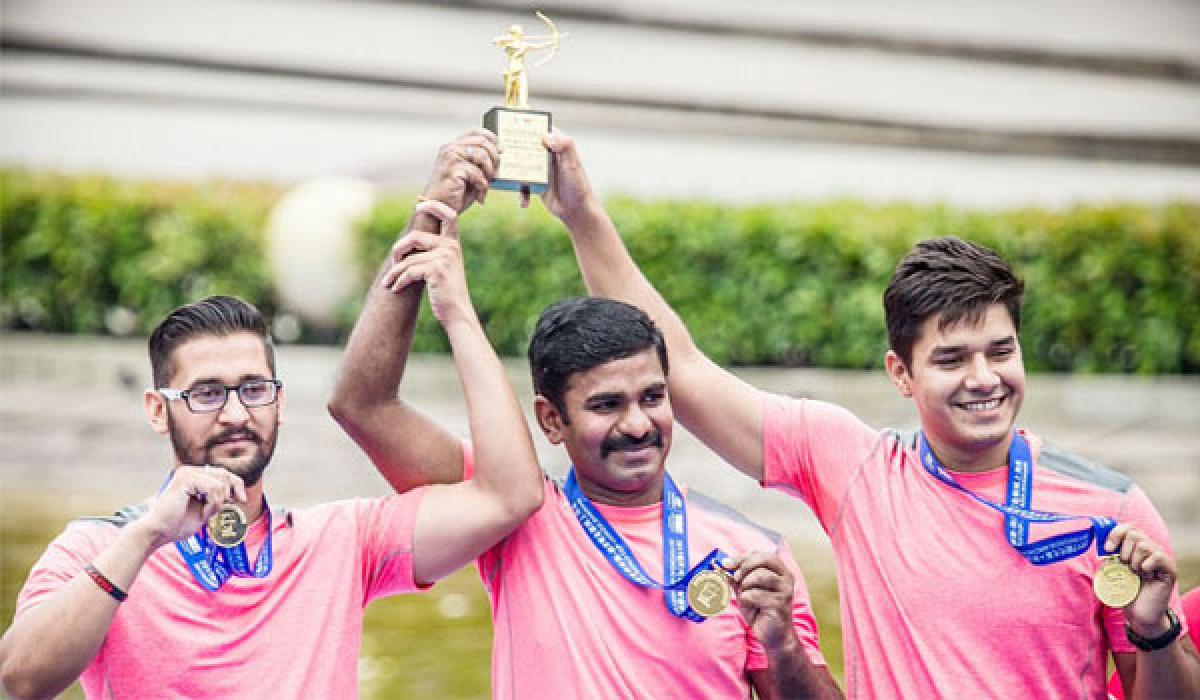 But it was the non-Olympic compound section that brought back smiles in the camp with a superlative show from fourth seeded Abhishek Verma, Raju Chinna Srither and debutant Amanjeet Singh.Competing as a team for the first time, India defeated 10th seeded Colombia's Camilo Cardona, Daniel Munoz and Jose Carlos Ospina 226-221 in a one-sided final this morning.

Earlier, the fourth seeded ousted Vietnam, World Champion Iran and top-ranked USA to make the finals against Colombia.
"Before coming here, we planned every detail to make it work. We all shot well throughout week and what we really want is to create a good impression of us in front of other teams," 27-year-old Verma said after winning his first team gold, and second overall in the World Cup.

The 2014 Asian Games silver medalist had a heartbreak in store in the afternoon session when he along with Jyoth Surekha Vennam lost the bronze playoff 151-153.