BCCI officials to broker peace between Kohli and Kumble 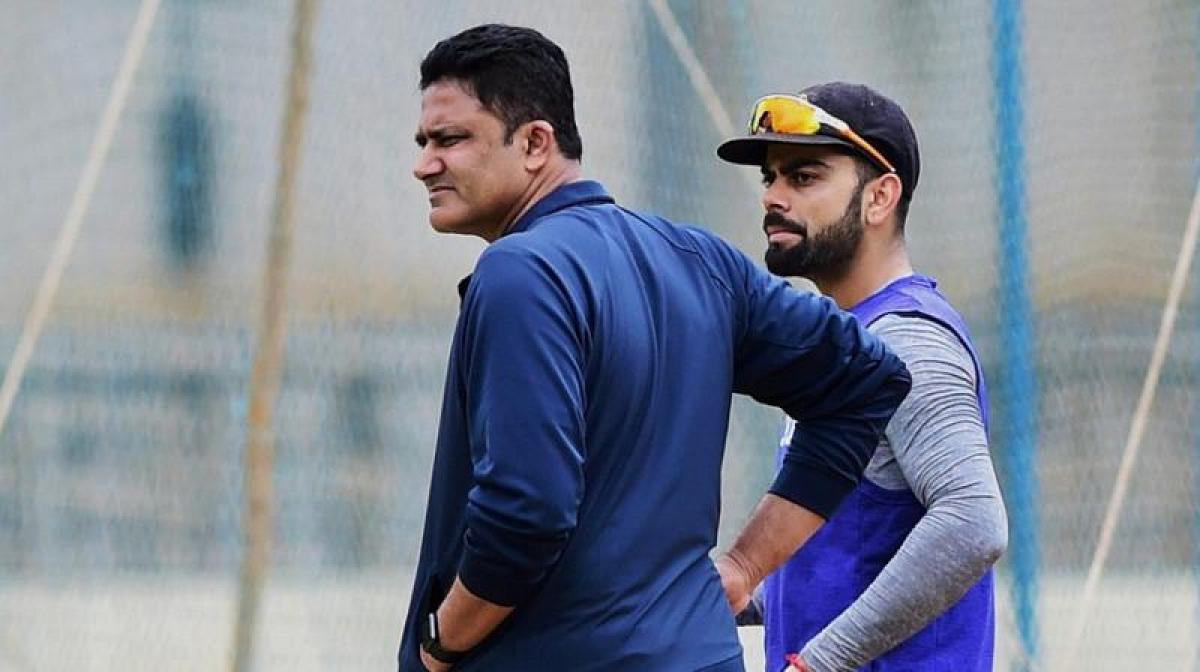 In a tight corner amid speculation of a rift between chief coach Anil Kumble and skipper Virat Kohli, the BCCI top brass seems to be on damage control mode and some key officials are likely to meet the duo separately in Birmingham.

In a tight corner amid speculation of a rift between chief coach Anil Kumble and skipper Virat Kohli, the BCCI top brass seems to be on damage control mode and some key officials are likely to meet the duo separately in Birmingham.

Questions are also being raised as to whether Kumble, an Indian cricketing legend, will be again taking part in the interview process despite his stupendous record, after what all has transpired in the past 72 hours.

BCCI's joint secretary Amitabh Chaudhary and GM (Cricket Operations) MV Sridhar are expected to take the initiative to speak to the coach and captain in order to understand the current situation.

It has been learnt that BCCI will start with the process of coaches' interview after the Pakistan match on June 4.

Wednesday was the last day for sending application for coaches post as Kumble's one-year term ends with the Champions Trophy.

The BCCI is clear that whatever the decision is, should be taken before the team leaves for the West Indies after the Champions Trophy.

The BCCI is yet to confirm the names of potential candidates, who have applied for the post. Tom Moody's name is doing the rounds but till now, no one from BCCI has confirmed if the Sunrisers Hyderabad coach has applied or not.

It is learnt that BCCI CEO Rahul Johri will go through the applications before handing it over to the Cricket Advisory Committee (CAC) members Sachin Tendulkar, Sourav Ganguly and VVS Laxman -- all of whom will be in the UK.

"The CAC will decide whether they would like to conduct the interviews in UK only. It will be completely their prerogative," a BCCI source told PTI today.

Asked if it will be mandatory for Kumble to reappear before the same committee that took his interview, the source said: "That will be CAC's call completely. If they feel, they need to speak to Anil, they will.