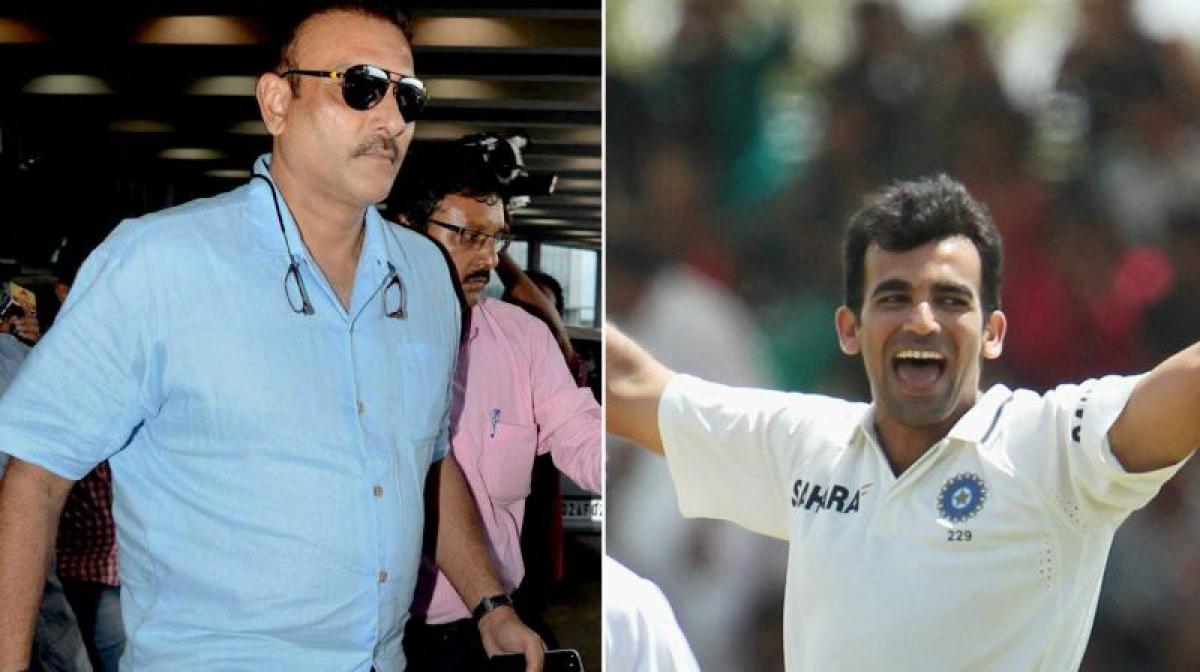 Zaheer Khan, who last played international cricket in 2014, is considered to be one of finest exponents of swing bowling India has ever produced.

The BCCI today named Ravi Shastrias the new chief coach of the Indian cricket team with former fast bowling great Zaheer Khan being appointed the bowling coach for a period of two years."On Cricket Advisory Committee's recommendation, we have decided to appoint Ravi Shastri as the chief coach while Zaheer Khan will be appointed bowling coach for a period of two years," BCCI acting president CK Khanna confirmed the development to PTI today.

It will be third stint with the national team for 55-year-old Shastri, who was earlier a Cricket Manager during 2007 tour of Bangladesh and then Team Director from 2014 August to 2016 June during which India won Test overseas series versus Sri Lanka, reached the semi-finals of 2015 World Cup and World T20 semi-finals in 2016.

It was learnt that it was a fight between Shastri and Virender Sehwag but it was skipper Virat Kohli's strong recommendation about Shastri's earlier tenure that swung the deal in favour of BCCI's 'Man of All Seasons'. Zaheer Khan, who last played international cricket in 2014, is considered to be one of finest exponents of swing bowling India has ever produced.