Wisdom of the world for commoner 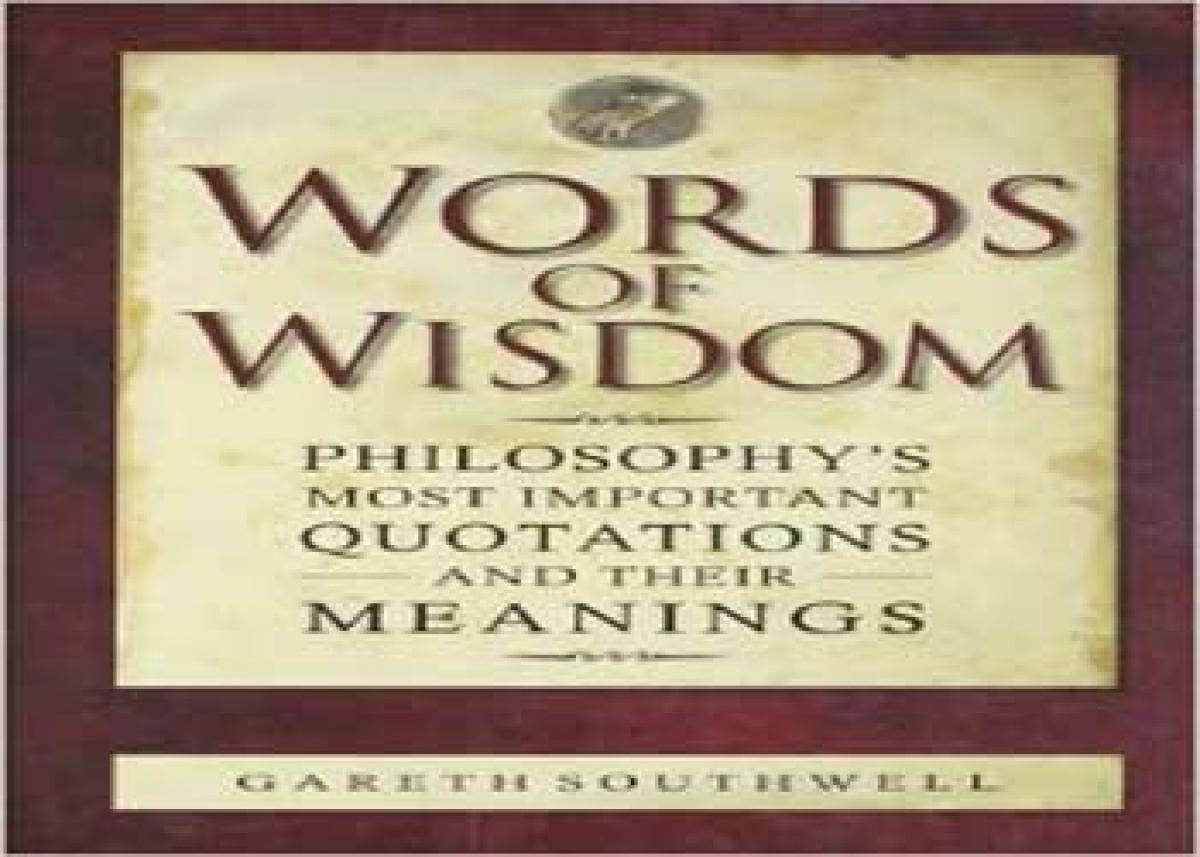 Wisdom of the world for commoner. For someone who call themselves lovers of wisdom (and its purveyors), seek to find purpose of and in human...

For someone who call themselves lovers of wisdom (and its purveyors), seek to find purpose of and in human existence, ascertain the nature of reality, explain the mysteries of comprehension, motivations, and actions and otherwise interpret the world, philosophers can be impenetrably difficult to understand from their writings.

What can you make of "The Idea, as unity of the Subjective and Objective Idea, is…the absolute and all truth, the Idea, which thinks itself," as Hegel says in a work titled ‘The Shorter Logic’! (Even Bertrand Russell, of no mean intellect himself, deemed his 19th century German colleague the most difficult to understand)? Can you explain Wittgenstein's ".

the meaning of a word is its use in the language" or Jacques Derrida's "There is nothing outside the text" or, taking a more recent example, Noam Chomsky's "Colourless green ideas sleep furiously"?

Although these sentences are made of words, which will be familiar to those even with a fairly basic vocabulary, the combination they appear in and the meaning that is sought to be ascribed to them is anything but familiar and this is when the philosopher hasn't coined a special term - being-time, noumena, behaviourism or so on.

It ultimately makes it quite arduous going for even the most dedicated. Help is however, at hand. There have been a number of philosophers who have taken pains to acquaint the laity with the thoughts of great minds and their relevance to our lives in a much more easy to understand way - Alain De Botton, Nigel Warburton, Simon Blackburn, Julian Baggini, David Edmonds, AC Grayling and so on. Among such valuable guides into the realm of thought, also comes Gareth Southwell, but with different approach.

In his latest book, Southwell, the curator of www.philosophyonline.com , does not dwell on philosophers or a particular work or themes of philosophy like in his earlier works, but goes straight to their words - amassing over 350 quotes, ideas and theories on all facets of the human condition from two and half thousand years of civilisation.

But he warns that readers shouldn't imagine that they'll find "the sort of helpful and inspirational of wise sayings that you will benefit from by applying unquestionably to your daily life" because apart from many geared towards this salubrious end, he envisages there are others that may cause disagreement, and even outrage - but all do spur thinking.

And Southwell has not stuck to those deemed philosophers by the virtue of figuring in "standard academically approved lists" but also a varied band of religious leaders, scientists, theologians, economists, educationists, psychologists, anthropologists, poets, writers and many other you never would have thought had any contribution to philosophy.

Beginning with the most profound and - short - advice: "Know Thyself" (of unknown provenance as it was found carved at the Apollo temple at Delphi - the ancient world's most famous oracle) and ending with Canadian anti-globalisation activist and writer Naomi Klein's diatribe against branding, Southwell takes just a page for each quote in which he briefly introduces the author, provides a lucid perspective for the quote, and furnishes a framework for us to make an informed opinion about its validity and relevance.

Not merely informative but also profoundly stimulating with many of Southwell's explanation ending with questions to ponder over, this book proves that good questions never lead to answers, but more questions. It also gives a grounding - and more confidence - to approach the original texts.