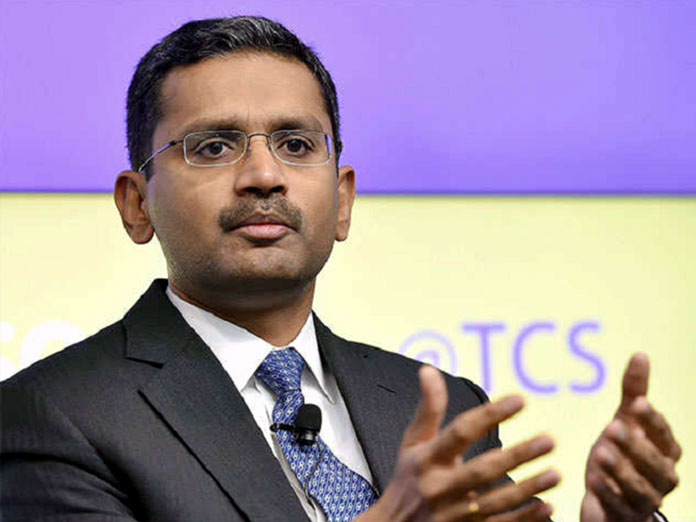 Indias IT bellwether, Tata Consultancy Services TCS has announced its Q3 results The IT firm has reported improved profit numbers in OctoberDecember quarter TCS has reported Rs 8,105 crore profit, recording a 243 rise in YearonYear YoY growth The IT firm has come a long way under the leadership of the new TCS CEO Rajesh Gopinathan

India’s IT bellwether, Tata Consultancy Services (TCS) has announced its Q3 results. The IT firm has reported improved profit numbers in October-December quarter. TCS has reported Rs 8,105 crore profit, recording a 24.3% rise in Year-on-Year (YoY) growth. The IT firm has come a long way under the leadership of the new TCS CEO Rajesh Gopinathan.

In a press release, Gopinathan said, “We are wrapping up 2018 with a strong revenue growth of 12.1 per cent in the December quarter, which is the highest in 14 quarters, with continued growth acceleration in key verticals and across all geographies.”

According to TCS, the revenue growth in constant current terms stands strong at 1.8% as compared to the previous quarter. This has been the highest profit-earning quarter for TCS in the last 14 quarters. The company shared that UK, Europe, and Asia Pacific are the major geographies that helped the company in accelerating its revenues.

For TCS, digital business has been a leading factor behind its growth. The company is generating increasing amount of revenue from cloud computing, automation, and data analytics. As clients are implementing these technologies at an enterprise level, TCS has observed a significant growth in revenue from these areas.

The digital technologies contribute to 30.1% of TCS’s overall revenue. The early adoption of these technologies has helped TCS in gaining edge over competition. The experience has helped TCS in moving faster from the pilot stage to final product stage. TCS has also announced an interim dividend of Rs 4 per share.

Indian IT firms are facing stiff competition in the international markets. The clients in the western markets are preferring the onsite hiring route, which is adding to sub-account expenses for IT firms. The crunch in the supply side at onshore and offshore location is causing dent in the margin.

•The growth in terms of constant revenue stands at 1.8% for Quarter-on-Quarter and 12.1% for Year-on-Year.