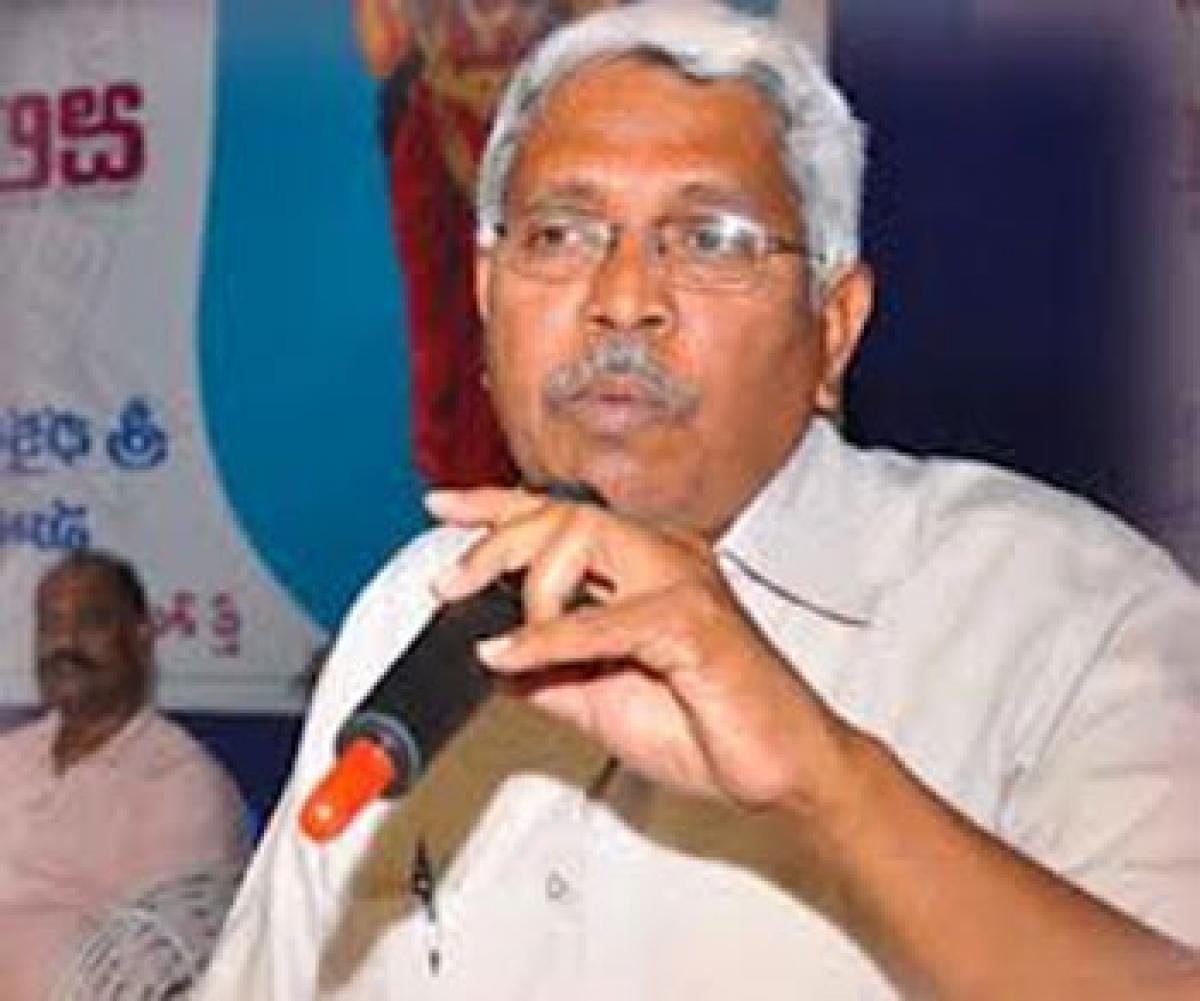 Stating that the deployment of forces in University of Hyderabad was a big mistake, Telangana Joint Action Committee (JAC) chairman M Kodandaram on Wednesday demanded removal of force from the campus immediately.

Hyderabad: Stating that the deployment of forces in University of Hyderabad was a big mistake, Telangana Joint Action Committee (JAC) chairman M Kodandaram on Wednesday demanded removal of force from the campus immediately.

Speaking to the media at the JAC office before the T-JAC city meeting, Kodandaram said that deploying police force on the campus was a blunder. “The students were taking up peaceful demonstration in the grief of Rohit Vemula’s death. It is not good to use lathi charge for peaceful protests,” said Kodandaram.

He said that during the Telangana agitation, Supreme Court gave a ruling stating that the students were not terrorists to deploy forces. If there are any issues, they should resolve with discussions but should not use police force, he said demanding immediate removal of police force from the campus.

Representatives from various Assembly constituencies within GHMC met here and pledged support to Kodandaram stating that they would continue to be part of the JAC. The representatives said that the city JAC leaders unilaterally decided to move away without consulting them.

Replying to a question, JAC chairman said that JAC would organise its extended meeting soon. He said that the present office premise was small and they need a bigger one for convening a meeting. He said that the JAC has been functioning at the mandal levels. Farmers JAC had taken up the issue of severe water crisis in Warangal district.