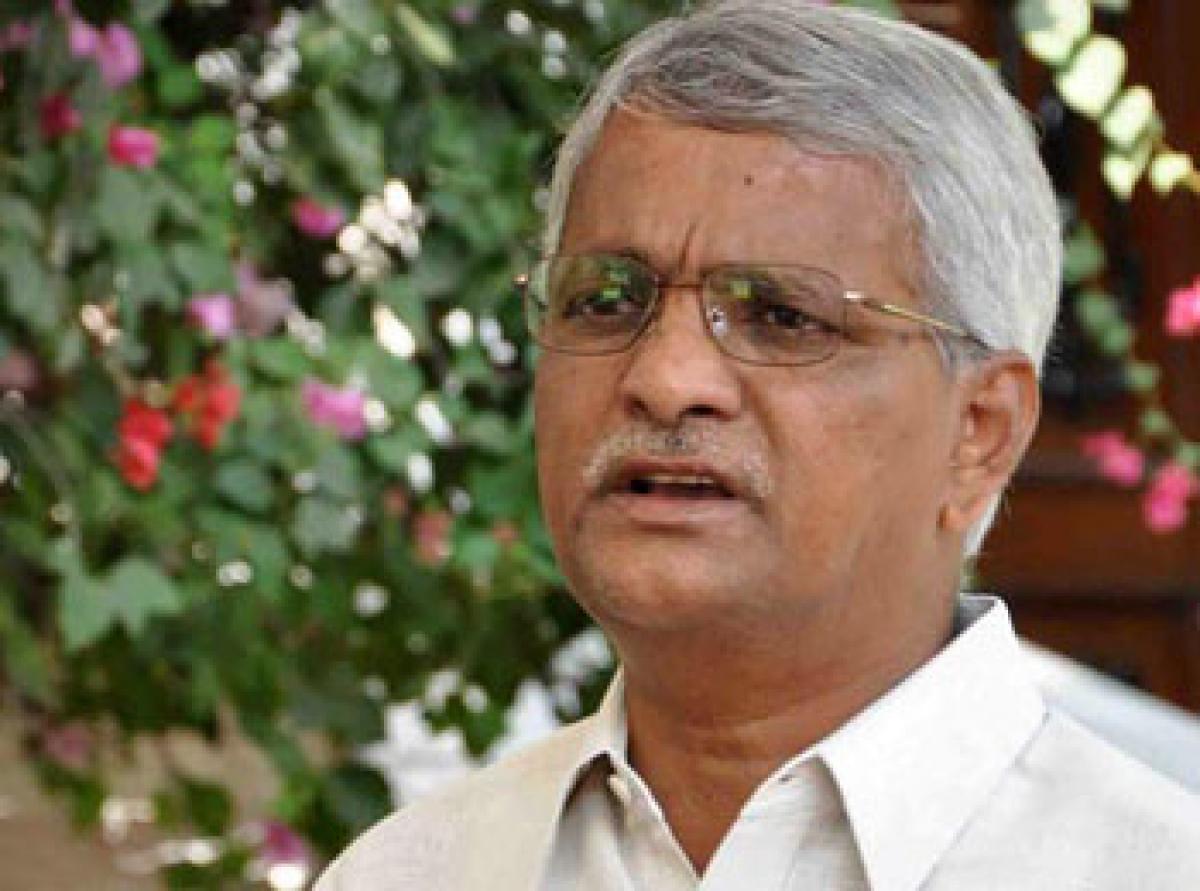 TDP leader also wanted the government to make public the details of  creation of irrigation facility under Palamuru – Ranga Reddy lift project taken up at the cost of Rs 35,00 crore.

Hyderabad: Telangana TDP unit on Sunday demanded that Chief Minister K Chandrashekar Rao clarify whether the State government would bring in one crore acres of new ayacut in addition to the already existing 48 lakh acres through the construction of new and pending irrigation projects in the next three years.
Addressing the media here, party senior leader R Chandrasekhar Reddy said the total cultivable land in the State was only 1.10 crore acres out of which 48 lakh acres was already provided irrigation facility. The Chief Minister promised in the election manifesto that one crore acres would be brought under irrigation by completing new and pending 32 projects for which huge funds were already earmarked this year.
He wondered how the government would fulfill its promise after scrapping Pranahita- Chevella project aimed at creating new ayacut of nearly 25 lakh acres. The TDP leader also wanted the government to make public the details of creation of irrigation facility under Palamuru – Ranga Reddy lift project taken up at the cost of Rs 35,00 crore.
Alleging that the TRS government had failed to ensure that works on the pending projects are speed up, the TDP leader said that eight lakh acres would be brought under irrigation if the long-pending Kalwakurthi, Nettempadu, Bhima and Koilsagar projects were completed at the cost of Rs 1,000 crore. He questioned the government for the delay in executing the projects in Mahbubnagar district which has been adopted by Chief Minister when KCR was elected to Lok Sabha.
Chandrasekhar Reddy also demanded that KCR protect State interests by opposing the construction of numerous barrages by Maharashtra and Karnataka on the river Godavari and Krishna.