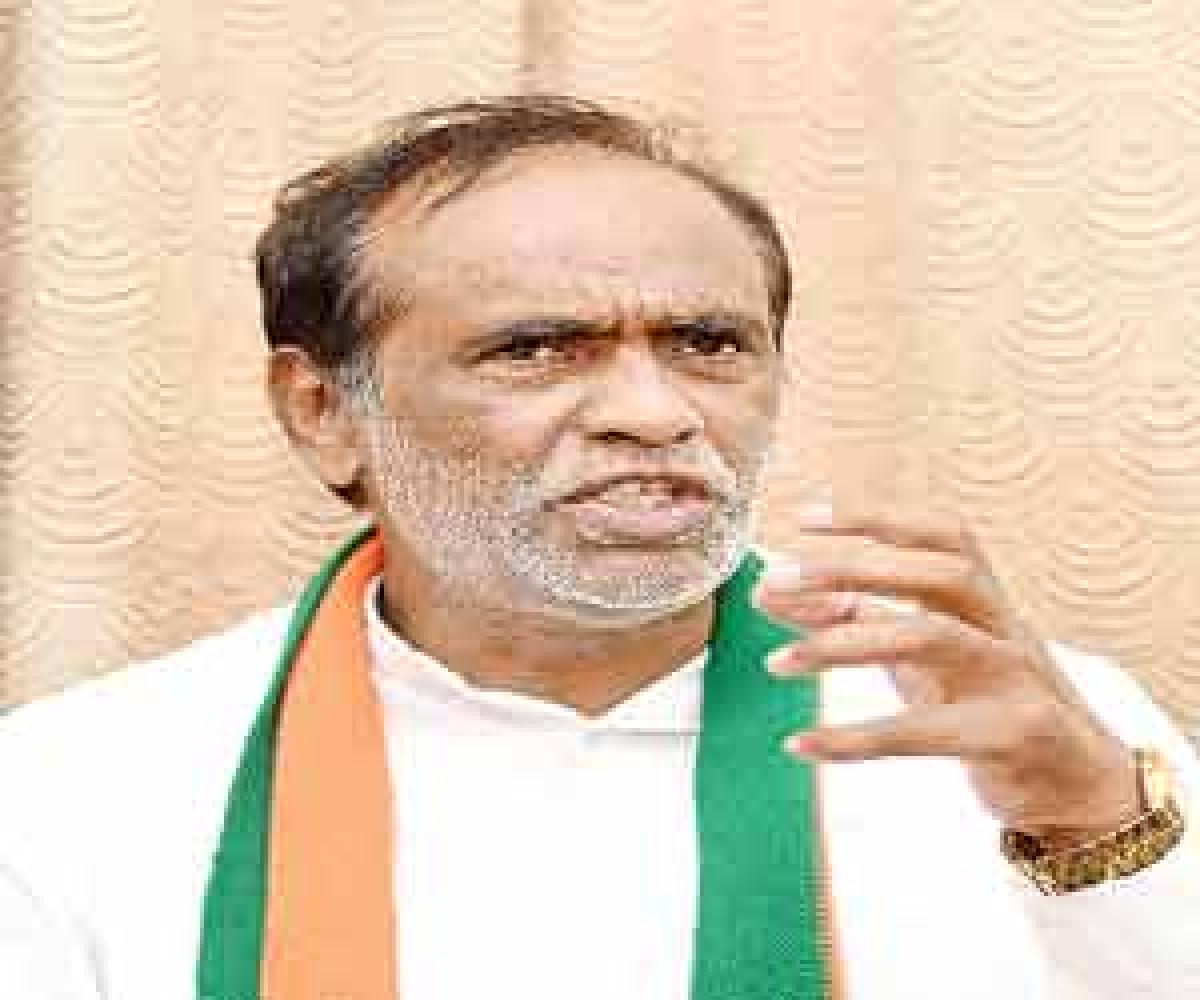 The newly-appointed BJP president K Laxman may be aspiring to make the party an alternative force in the Telangana but it seems to be having a difficult task as he has to first bring coordination between various groups within the party.

Hyderabad: The newly-appointed BJP president K Laxman may be aspiring to make the party an alternative force in the Telangana but it seems to be having a difficult task as he has to first bring coordination between various groups within the party.

Senior party leaders who agree that there is a need to strengthen the party in such a way that it becomes a major force in the State by 2019, say the main challenge before the new president is to see that internal ‘groupism’ was put on the back burner.

They recall that in the recent times there were instances of party leaders going against the decisions taken by the party leadership at the state level. The outburst of Goshamahal MLA T Raja Singh against earlier president G Kishan Reddy was the latest one.

Raja Singh had openly opposed Kishan Reddy and alleged that the party was not strengthening because of Kishan Reddy’s attitude. Another major task before the new president is to carry with him senior leaders like Bandaru Dattatreya, Indrasena Reddy and G Kishan Reddy.

Party leaders say that during the 2014 elections, Dattatraya and Kishan Reddy had differences on the issue of ticket for Secunderabad Lok Sabha constituency. The differences became evident with Dattatreya not using the picture of Kishan Reddy, the then president, on his campaign vehicle.

Another challenge is to have synchronisation with the core committee leaders of the party as almost all the leaders in the committee have good relations with the national party leaders and they can influence the decision making process.

There was a demand within the party for a president from rural areas this time. There has been a criticism that the successive presidents elected from the city did not bother to concentrate on the rural front.

Party leaders alleged that the leaders coming from the city had concentrated only in the city and failed to strengthen the base in rural areas. The five MLAs of BJP in the Assembly have come from GHMC area.

“It is important for the party to strengthen itself from the rural areas like villages if it wants to reckon as a force. We wanted the party leadership to appoint a leader from districts instead from the city,” said a senior BJP leader from Nizamabad.

The new president should dedicate most of the time travelling to the rural areas if the party is to be strengthened, the leader added. However, BJP president K Laxman said that he would take all the leaders along with him in strengthening the party in the State and guaranteed to travel to districts frequently.