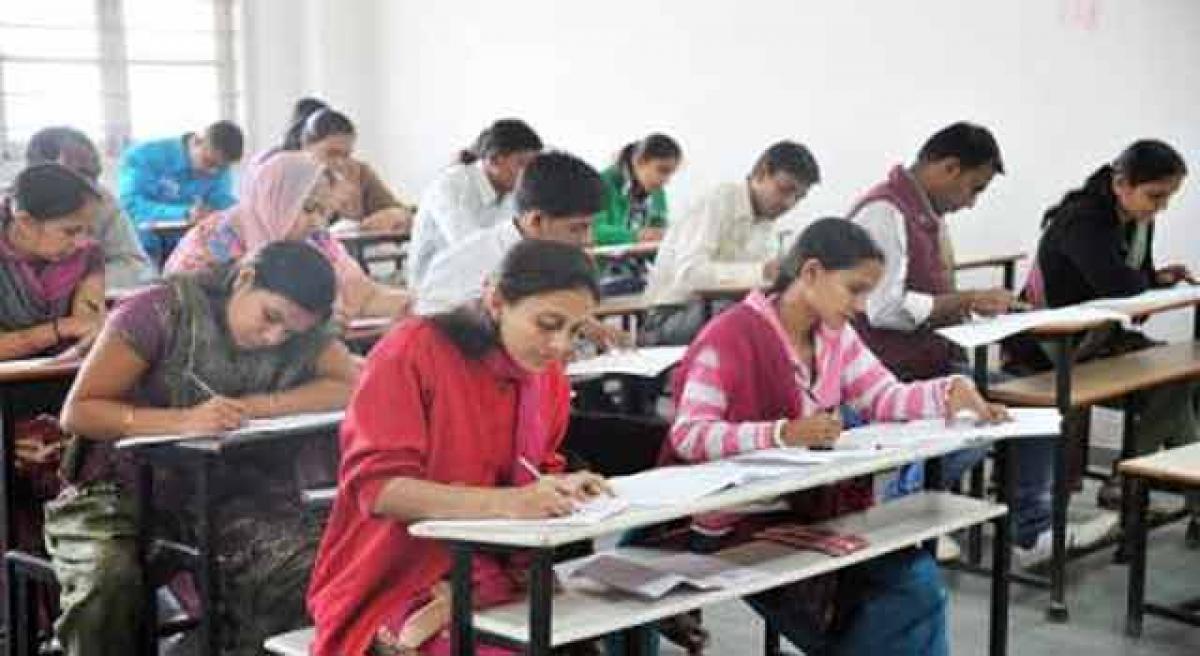 The Government of Telangana has decided to holdover the Teacher Education Test (TET) scheduled to be held on May 1 and Eamcet on May 2.

​Hyderabad: The Government of Telangana has decided to holdover the Teacher Education Test (TET) scheduled to be held on May 1 and Eamcet on May 2.

This decision was taken in view of the protests by the private educational institutions against the raids being conducted by police.

The High Court on Thursday took serious objection to Telangana government using police for conducting raids on private educational institutions, including professional ones in the state and ordered that no raid would be conducted on any college till Friday, when the matter would be heard further.

Following this, the state government decided to postpone the two examinations. According to official sources, the government has decided to hold these two exams before May 20.

Chief Minister K Chandrasekhar Rao is said to have directed Minister for Education Kadiam Srihari to conduct the TET and Eamcet exams in government colleges with the help of government staff.

However, the Supreme Court’s decision on National Eligibility Entrance Test (NEET) has pushed the students and the government of Telangana into a state of confusion. Minister for Health C Laxma Reddy and Prof T Papi Reddy, Chairman, State Council of Higher Education stated that the exams would be conducted.

Laxma Reddy said the government was seeking legal opinion in the matter and may approach the apex court seeking exemption for the state under article 371 (D) for this year.

The minister said that they would submit to the court that it would be difficult to join NEET since just two months time was left and that there was lot of difference between the state syllabus and the national syllabus. Article 371 (D) forms a part of the Constitution of India.

It safeguards the rights of local people in employment and education and was created after agitation in the state of Andhra Pradesh. It was incorporated as the 32nd Amendment of the Constitution in 1974.

However, the government is yet to take a decision on what to do if the apex court rejects their plea.