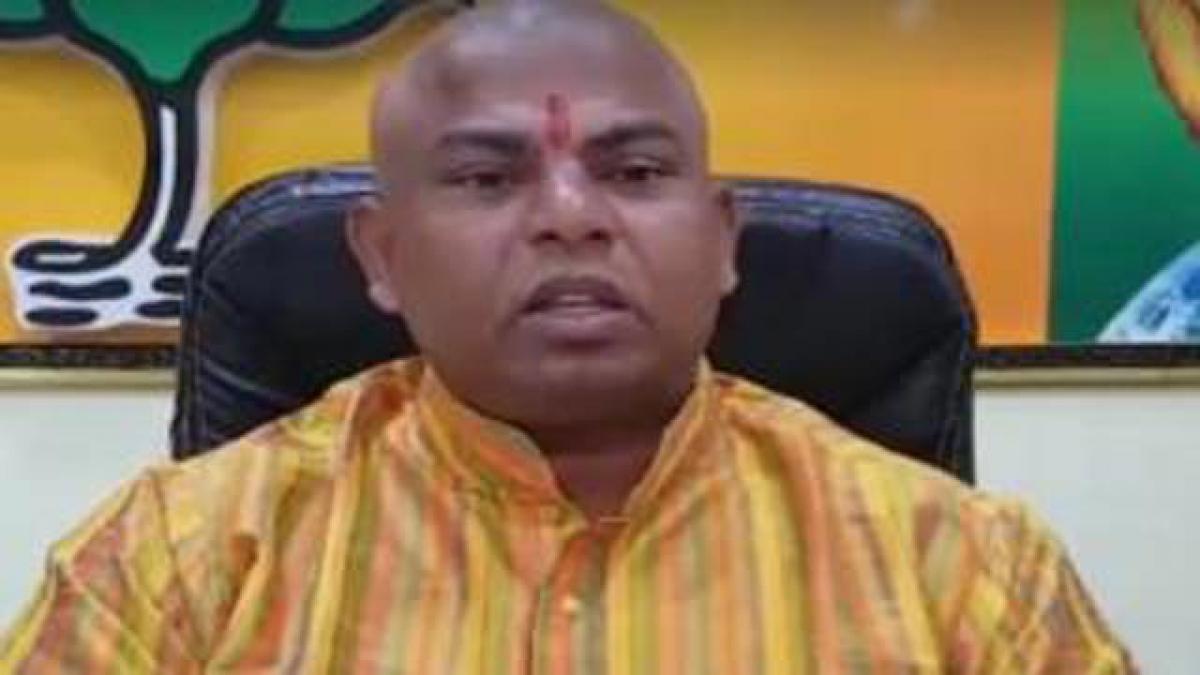 Fire brand BJP MLA Raja Singh has defended the cow vigilante group in the backdrop of flogging of Dalits at Una in Gujarat, saying those who consume cow meat are bringing disgrace to the entire community and should be taught a lesson.

Hyderabad: Fire brand BJP MLA Raja Singh has defended the cow vigilante group in the backdrop of flogging of Dalits at Una in Gujarat, saying those who consume cow meat are bringing disgrace to the entire community and should be taught a lesson. In a video uploaded on his Facebook page with the caption, "My comments on recent ?#?Una Dalit incident" the legislator from Gosamahal here blamed Mayawati for "dragging" all Dalits into the issue.

"I am asking those Dalits (who kill cows). Is it necessary to murder cow and eat its meat? This is absolutely wrong. It is because of such 'galeez' (dirty or disgusting) Dalits, that the image of whole Dalit community which is patriotic, follows dharma, and worships cows, is tarnished. "I support the beating of Dalits whoever slaughter cows to consume its meat. It is apt. I also support those who taught them a lesson," Singh said in his two-and-half minute video, which was uploaded on July 30 and has so far got 65,000 views.

He said there were so many Dalits in Telangana who took part in 'Gau Raksha' along with him. "I want to ask people who proclaim to be secular and Mayawati in particular, why Dalits are being dragged into this? I want to tell everyone, not only Dalits, but all sections of this society, be it Kshatriya, Yadav, if they resort to cow slaughter, we will teach them lesson in the same way. You please remember this," he further said.

According to him, 'gau rakshaks' should not keep quiet until the cow is declared as "Mother of the nation." On July 11, four Dalit youths were beaten up by cow vigilantes at Mota Samadhiyala village in Una taluka of Gir Somnath district when they were skinning a dead cow. Though the youths pleaded that they were from the skinning community, the cow vigilantes thrashed them alleging that they were involved in cow slaughter, sparking an outrage.