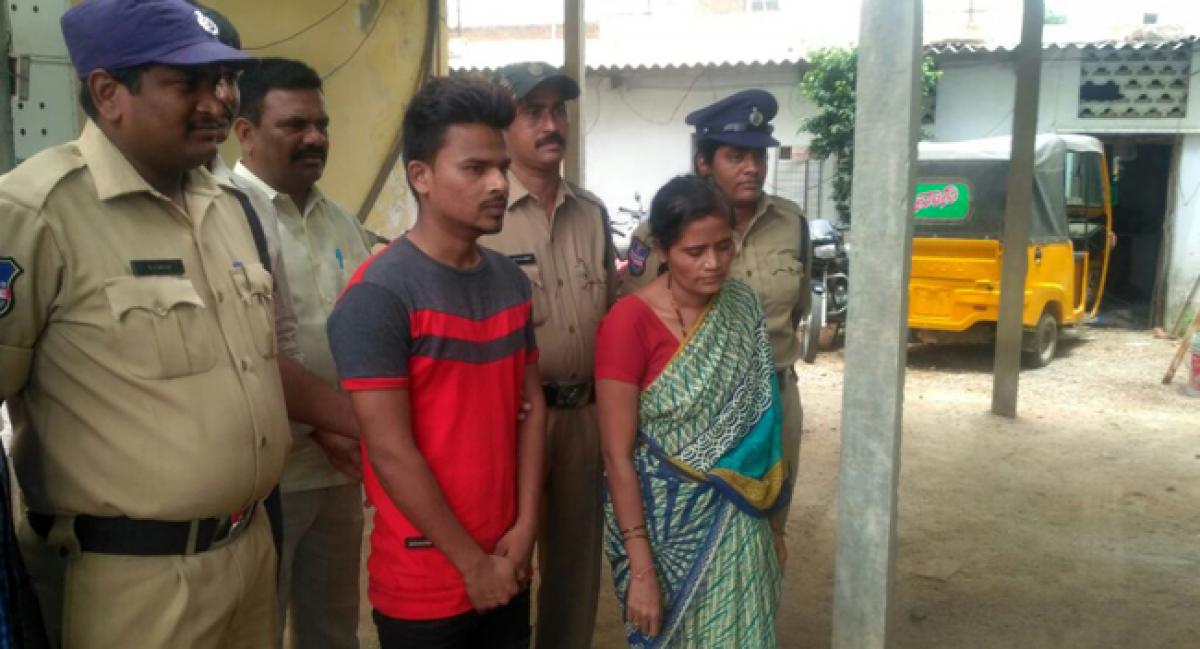 Choutuppal: Police cracked the murder of Panchal Sachin (38) at Ankireddygudem under Choutuppal mandal on May 31 and arrested his stepmother and her daughter’s lover.

Parading the arrested before the media, Yadadri-Bhongir Deputy Commissioner of Police E Ramachandra Reddy said Jagdevi alias Pramila and Mohd Gousoddin were arrested in connection with the murder.

Ramachandra Reddy said Sachin had a fight with Gousoddin who had fallen in love with one of the daughters of his stepmother. Meanwhile, three years ago Jagdevi along with Sachin and her daughters moved to Hyderabad. Sachin used to work as carpenter in a shop. Gousoddin too moved to Hyderabad and he used to work as mobile phone technician. Gousoddin developed friendship with Sachin by offering liquor often to the latter.

Jagdevi had hatched a plot to eliminate Sachin to appropriate the property belonging to her husband and deprived the latter of share in the assets. As part of the conspiracy, she sought the help of Gousoddin. Gousoddin slit Sachin’s throat at Ankireddygudem under choutuppal mandal on May 31, the DCP said.

Based on label on wine bottle, police traced the wine shop where Gousoddin had bought the liquor bottle and CCTV footage, cracked the murder. The DCP appreciated Choutuppal Circle Inspector Venkataiah and the policemen for cracking the murder of the youth.