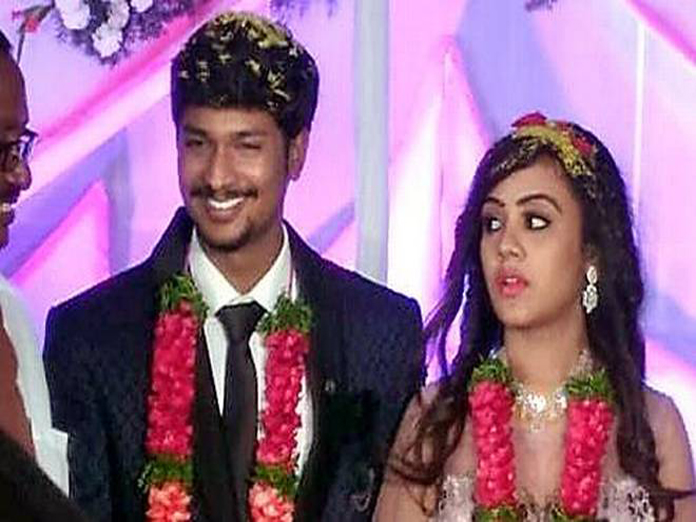 Amrutha, the wife of honourkilling victim Pranay Perumalla, gave birth to a baby boy in a private hospital in Hyderabad on Wednesday, which also happens to be the couples wedding anniversary

Nalgonda: Amrutha, the wife of honour-killing victim Pranay Perumalla, gave birth to a baby boy in a private hospital in Hyderabad on Wednesday, which also happens to be the couple’s wedding anniversary.

It may be recalled that amid stiff resistance from his father, T Maruthi Rao and his family members, Amrutha, an upper caste girl, married Pranay, who belongs to Scheduled Caste on January 30 last year.

On September 9 last year, when the couple went for a regular health check, Pranay was hacked to death on the premises of Jyothi hospital in Miryalaguda by the men deployed by Maruthi Rao. It said that Rao had paid over 1 crore to the hired killers to eliminate Pranay.

After the incident, the district police arrested seven accused, including Maruthi Rao and his brother Shravan and other five members, involved in Pranay’s honour killing. The police invoked PD Act on all six accused except Rao’s driver Siva, and shifted them to Warangal Central Jail.

Meanwhile, wishes poured in for Amrutha and her baby after the delivery. The netizens congratulated the mother and the baby and wished them all good future.