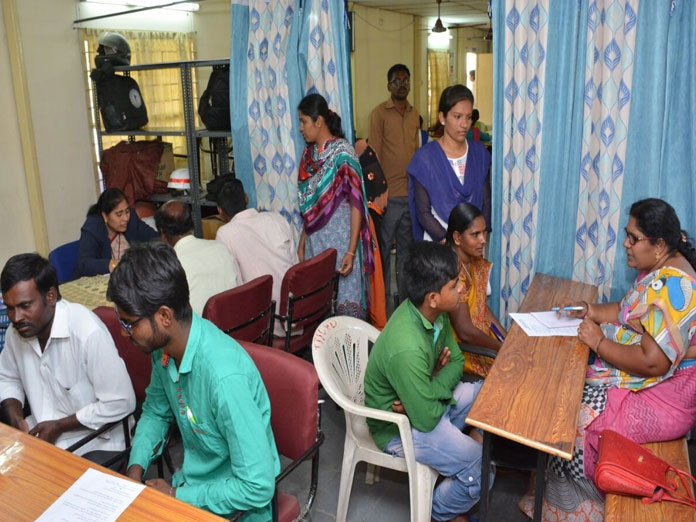 In the last six weeks Rachakonda SHE Teams booked 64 cases against eveteasers Of them, the police filed FIR in 31 cases and disposed of 25 other cases...

Hyderabad: In the last six weeks Rachakonda SHE Teams booked 64 cases against eve-teasers. Of them, the police filed FIR in 31 cases and disposed of 25 other cases as petty cases. A total of 64 persons, including 17 minors, were arrested, according ot the police. All the accused attended the counselling session conducted by Rachakonda SHE teams at Commissioner’s Camp office at LB Nagar along with their family members.

They were counselled by the professional counsellors from the Bhumika Women’s Collective (NGO). Juveniles in the conflict were counselled by professional psychiatrist, Dr Vasavi. In the last six weeks the Rachakonda SHE teams had rescued a total of 51 minor girls from child marriage. Twenty eight cases from Bhongir division, thirteen from Choutuppal division, five from Ibrahimpatnam division, three from Malkajgiri division and one each from LB Nagar and Kushaiguda divisions were reported.