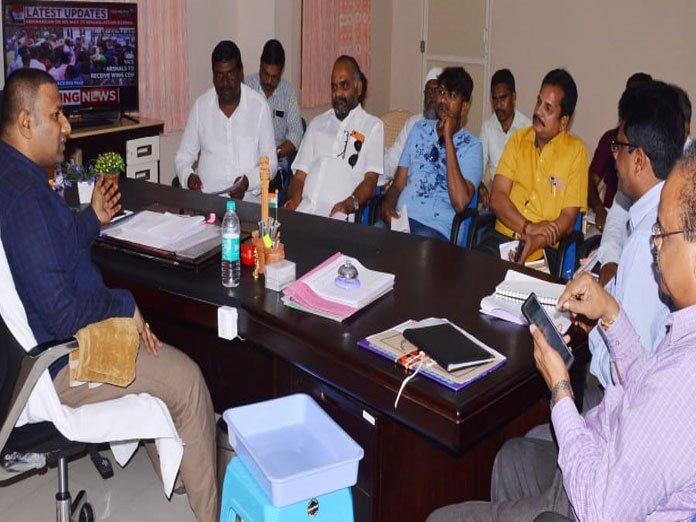 Suryapet: District Collector Amoy Kumar sought the cooperation of leaders of political parties for the smooth conduct of forthcoming Parliament elections in the district.

On Friday, he held a meeting with the representatives of political parties at his chambers. Speaking on the occasion, he requested the party leaders to put in their efforts to raise the voting percentage in the upcoming Parliament elections.

He suggested them to extend their support to Booth level Officers during the special voters registration programme slated to be held on Saturday and Sunday.

He informed the parties leaders to provide phone numbers of party representatives who would attend election related meetings organised locally as per the directions of the Election Commission.