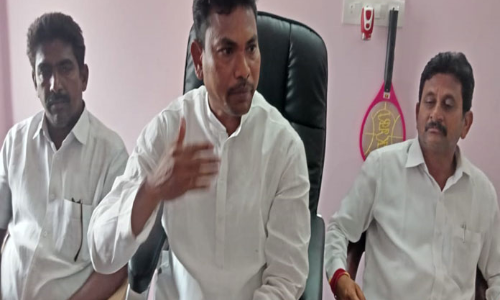 Stating that his intention behind meeting the CM was only to discuss issues pertaining to development of his constituency, Rega alleged that the TPCC leadership had exerted pressure on him and another MLA, Atram Sakku, to not to meet the Chief Minister anymore.

Addressing the press persons in Manuguru on Friday, Rega stated that the Congress leaders has suggested to him that development of the constituency could be taken care of when the Congress party forms government in the State.

“Already seven decades have passed and the agency areas in the district and Pinapaka witnessed no development. How long should we wait?” he questioned, adding that the Chief Minister has accepted his proposals to sanction nearly 15 minor lift irrigation projects since the government was planning to allocate huge funds for irrigation projects.

“The CM even promised to give priority to Pinapaka constituency,” the MLA claimed. Referring to his letter to join the TRS, Rega said in view of the pressure put forth by the TPCC leaders against meeting the CM, he and Sakku had given a statement that they would contest election on TRS ticket if they quit Congress.

“Many of the Congress leaders who accumulated huge wealth by exploiting party and power quit the party in the past. But when a tribal MLA wants to quit, the leaders are making lot of noise,” he complained.

Dismissing the rumours that he was offered money by the Chief Minister to embrace the pink party, he wanted to know from the Congress leadership as to how much money did they offer to A Revanth Reddy, Konda Visweshwar Reddy, Bhupathi Reddy and others when they joined Congress.

The MLA further noted that if the Chief Minister opens the doors for Congress MLAs, then, only the TPCC chief, N Uttam Kumar Reddy, and Leader of the Opposition in Assembly Mallu Bhatti Vikramarka would be left in the party as all others would join the TRS.