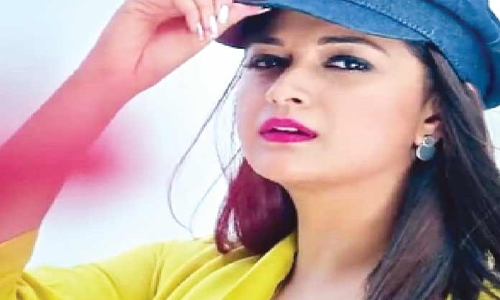 After top Telugu actresses like Kajal, Tamannaah, Shruti Haasan, another leading actress Keerthy Suresh is all set to make her debut in Bollywood

After top Telugu actresses like Kajal, Tamannaah, Shruti Haasan, another leading actress Keerthy Suresh is all set to make her debut in Bollywood.

Within a short time, young Malayali beauty Keerthy Suresh has reached the top league thanks to her impressive acting skills. She is currently busy with a handful of exciting projects in Telugu and Tamil. And, according to the latest buzz, Keerthy is all set to make her B-town debut with a female-centric story. Apparently, Sridevi’s husband Boney Kapoor, who shares a close rapport with Keerthy’s family, will be introducing the actress to Bollywood under his banner. Amit Sharma, the director of last year’s blockbuster ‘Badhaai Ho’, is said to be the film’s director. However, an official confirmation is awaited regarding the project. Malayalam girl, who was seen in films like ‘Nenu Sailaja’ and ‘Nenu Local’ has been picking author-backed roles in T-town. She scaled dizzy heights with her realistic portrayal of legendary Savitri in ‘Mahanati’ last year.