Create fear among criminals by cracking down cases fast: CP 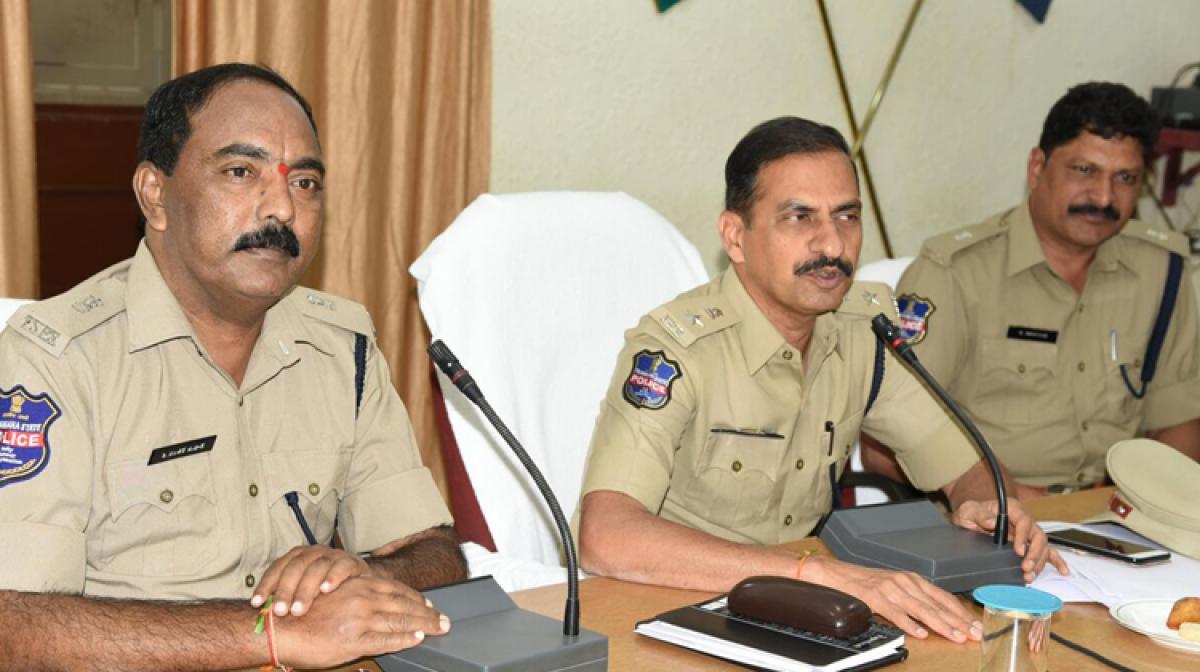 The crime police must create fear among the criminals by cracking the cases immediately, suggested Commissioner of Police V B Kamalasan Reddy.

Karimnagar: The crime police must create fear among the criminals by cracking the cases immediately, suggested Commissioner of Police V B Kamalasan Reddy.

He chaired a meeting with the officials of crime department at Later Umesh Chandra Conference hall here on Tuesday. Kamalasan Reddy advised the crime team members to establish a perfect information system for collecting the details of criminals.

The cops, who discharge their duties with commitment, will get professional satisfaction. By interacting with the criminals, the cops can guess the modus operandi of the criminals, he advised.

The officials told to take suspicious people into custody and to collect their finger prints for confirmation. The police officials must increase the prestige of the police department with rendering better services. The police personnel, who play key role in cracking down cases, will be rewarded, informed the top cop.