Most US toddlers hooked to smartphones, tablets Almost all children under age four in the US have used a device like a tablet or smartphone, a new study finds. The kids are using them at younger ages, according to the study. 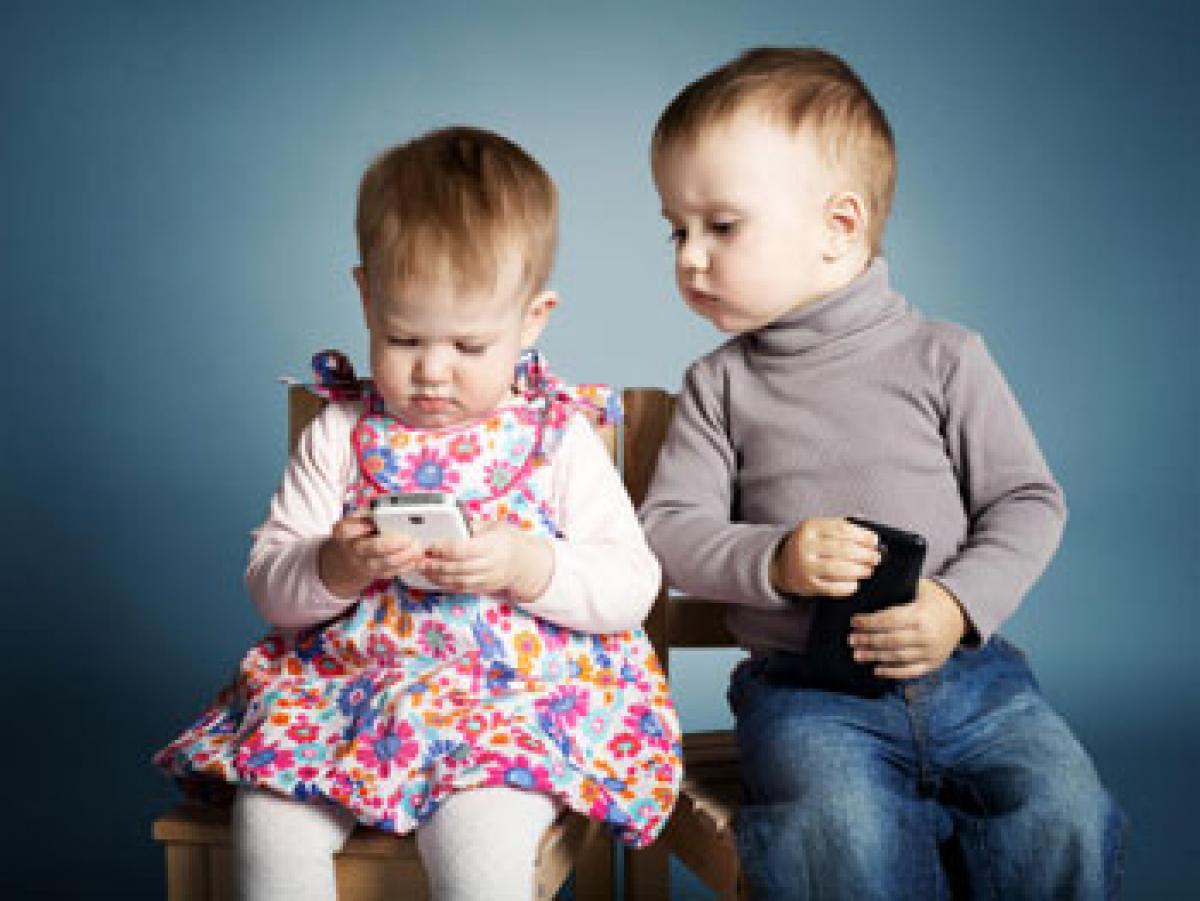 New York: Almost all children under age four in the US have used a device like a tablet or smartphone, a new study finds. The kids are using them at younger ages, according to the study.

Parents surveyed in the study said tablets are the most popular mobile devices for children, and kids as young as one-year-old use them more than 20 minutes a day on average, HealthDay.com reported.

However, she added that actual social engagement with parents, along with parental guidance, are "critical" to help kids "integrate digital technology into family life".

One expert familiar with the study findings called the trend "disturbing", because it suggests that some parents might be using technology as a surrogate babysitter.

"Parents in this study admitted to using mobile media for their children to keep them quiet or entertained in public places or in place of the interaction at bedtime," said Danelle Fisher from Saint John's Health Centre in Santa Monica, California.

"Children need parental interaction for many reasons and this trend is, overall, worrisome," Fisher added.

For the study, researchers gave a questionnaire to parents of 350 children between six months and four years of age who visited a Philadelphia paediatric clinic in October and November of 2014. The parents answered questions about the children's use of television, mobile devices, computers and video games.

The older the children were, the more likely they were to have their own technology. By age four, about three-quarters of youngsters had their own mobile device, and half had their own TV.