How the moon was created 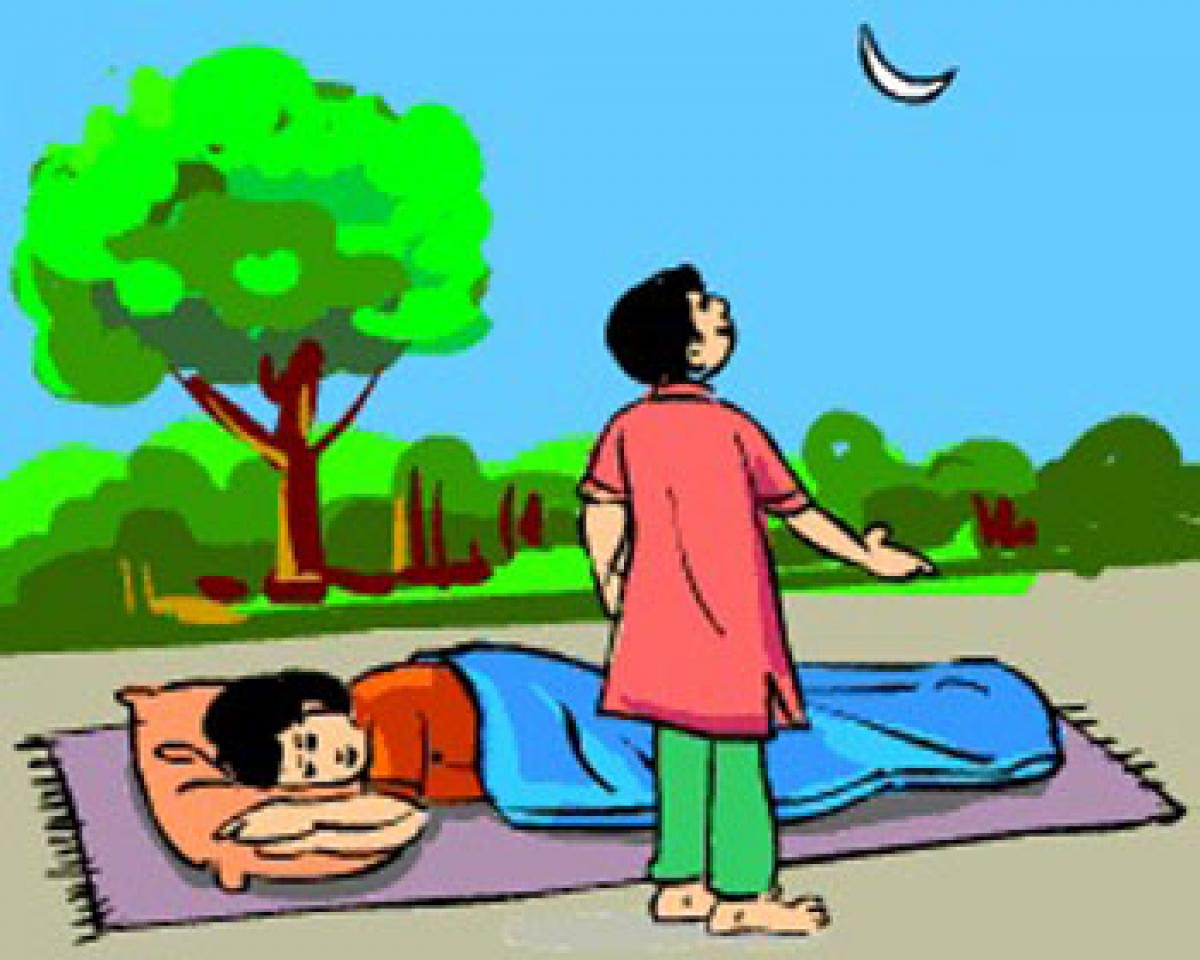 One day the creator of the world came to visit it. He saw men working in fields. “When did you plough this field?” he asked one of them.

“When did you dig that pit?”

“And when did you make that garden?”

“Today, of course,” said the man surprised, “why do you ask? There is only today! Whatever happened, happened today”.

He saw a woman with a child. “When was this boy born?” he asked the mother.

Then the creator understood. The people had no sense of time because there were no days and nights, no division in time. He decided to do something about it. He called the sun and said, “You must set in the evening and rise again in the morning. Then the people will not work when it is dark and know that it is the time for resting. When you rise again they will know that it is another day”. The sun agreed.

When it was evening the sun went down and it was dark. The people did not understand what had happened. Or why it was dark. They were frightened and ran here and there. Some of them fell down. Some fell into ditches and hurt themselves. Some children fell from trees.

The women knocked their vessels in the dark and broke them. Nobody knew what to do. Finally their leader called out and said, “Lie down and rest, all of you. You can do nothing in this darkness”. So night became a time for resting. They got up again when the sun rose in the sky and it was light once again.

By and large the people were happier. They did not keep working till they dropped down any more. They had to stop when it got dark and they could see nothing. So they got regular hours of rest and felt much better.

But there was one problem. Since they could see nothing after sunset they often fell down. They fell into ditches. They fell into holes. They banged against trees and knocked against people. They could not see where things were kept and broke things. It became quite chaotic! Then the creator visited them once again.

“Well,” he asked, “are things any better now that you have day and night? Do feel better after resting all night?” “Oh yes” they told him, “We feel better in the morning. But we cannot see when it is dark. So we get hurt. And lose things. And break things. It is really very difficult after it gets dark. Can’t we have the sun for a little while?”

“No” said the creator, “But I shall give you something else, something with less light. You will be able to see but you will not be able to work. You will have a nice, soothing light which will make things easier and stop you from having accidents.”

And then he created the moon. It rose in the sky and shone softly. People could see but the light did not hurt their eyes. Or stop them from sleeping. It was a happy life with the sun in the day and moon at night!