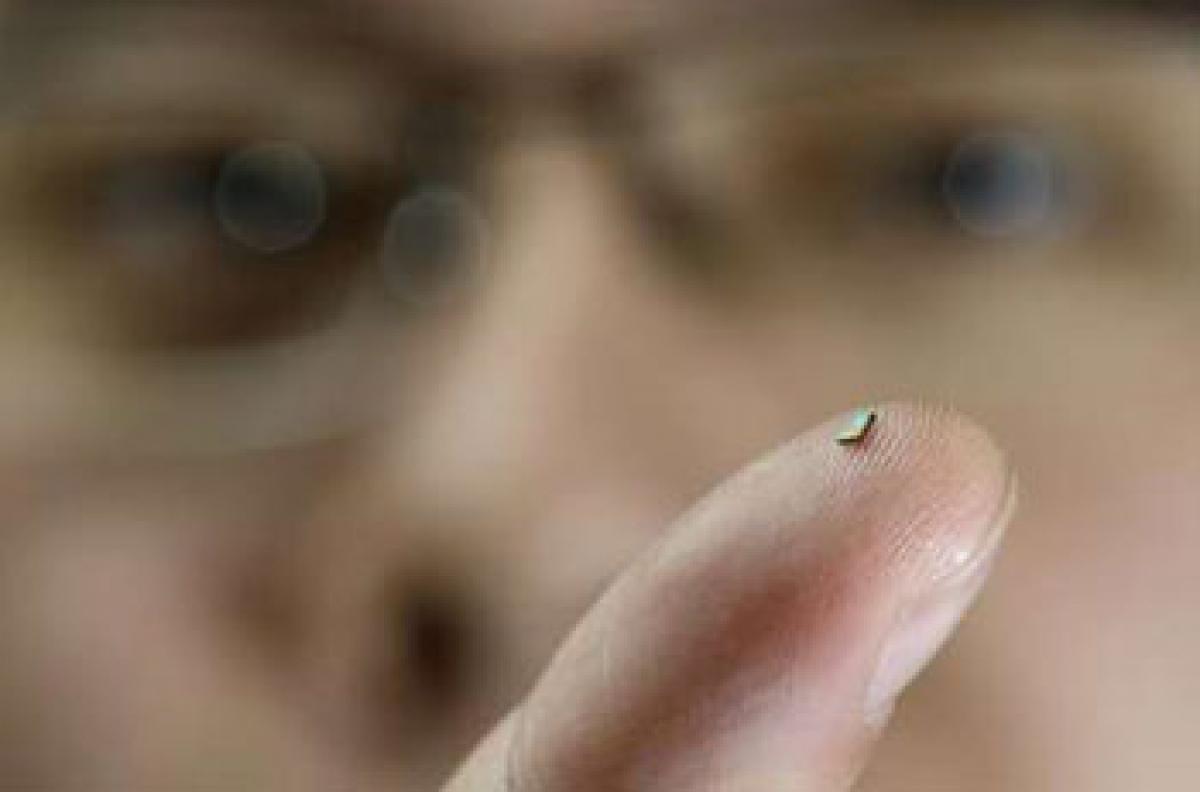 A very tiny wireless temperature sensor, which is powered from the radio waves that are part of the sensor\'s wireless network, has been developed.

London: A very tiny wireless temperature sensor, which is powered from the radio waves that are part of the sensor's wireless network, has been developed.

The sensor - measuring just two square millimetres and weights a mere 1.6 milligrams equivalent to a grain of sand - does not need even a single wire or a battery that would have to be replaced.

The arrival of such sensors is an important development on route towards smart buildings, for instance, but the applications are various, said the team from Eindhoven University of Technology in the Netherlands in a university statement.

The smart buildings of the future will be full of sensors that will respond to the residents' every need and will be as sustainable as possible like heating and lighting that only switches on when someone is in the room.

Such sensors will not be expensive as mass production will keep the cost of a sensor down to around 20 cents. The current version of the sensor has a range of 2.5 centimetres and the researchers expect to extend this to a metre within a year and ultimately to five metres.

The sensor has a specially developed router, with an antenna that sends radio waves to the sensors to power them. Since this energy transfer is accurately targeted at the sensor, the router consumes very little electricity. The sensors themselves are made in such a way that their energy consumption is extremely low.