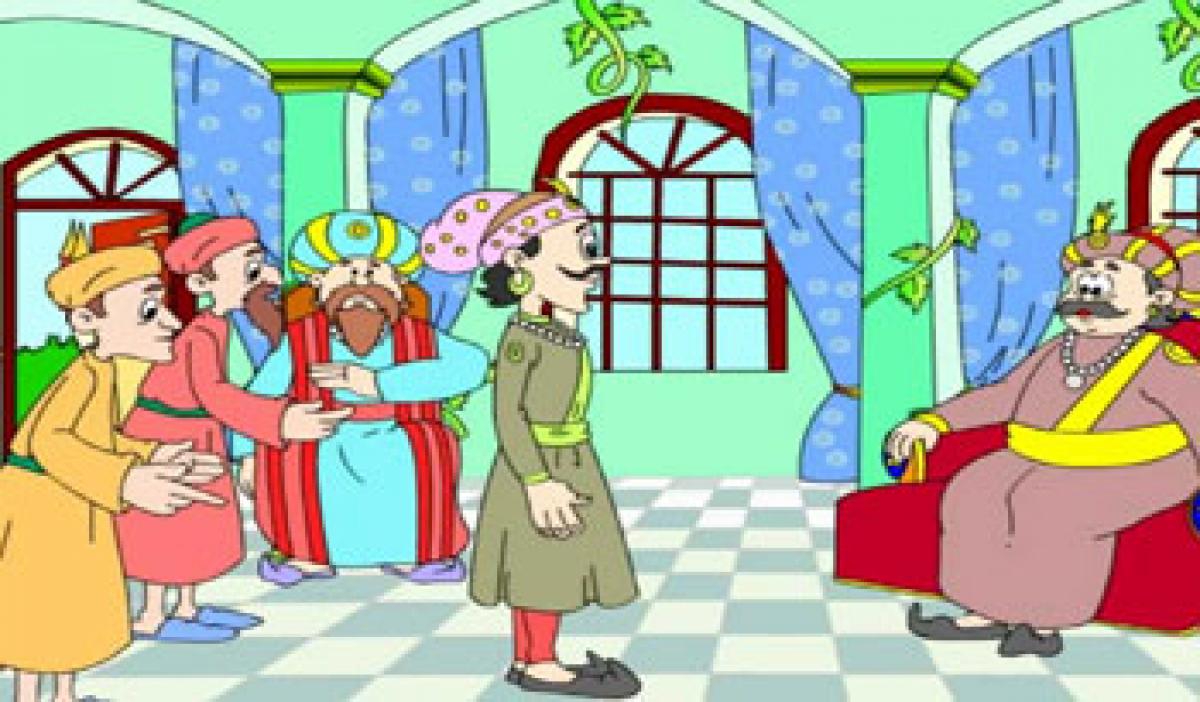 In the town of Agra, there lived a rich, but miserly businessman. Many poor people gathered outside his house everyday in the hope of getting something in charity from him, but they always had to return home disappointed. He used to make promises to every man he met and then never fulfill them.

In the town of Agra, there lived a rich, but miserly businessman. Many poor people gathered outside his house everyday in the hope of getting something in charity from him, but they always had to return home disappointed. He used to make promises to every man he met and then never fulfill them.

One day, a famous poet named Raidas came to meet the rich businessman and said that he wanted to recite his poems in front of him. The rich man was very fond of poetry and thus, he welcomed Raidas with open arms.

Raidas started to recite all his poems one by one. The rich man was very pleased to hear the intriguing poems of Raidas, especially the one in which Raidas had compared him to ‘Kubera’, the god of wealth. He promised Raidas some gifts and asked him to come and collect them the next day. Raidas was very happy.

The next morning when Raidas came to collect his gifts from the rich man, the cunning man acted as if he had never seen Raidas before. When Raidas reminded him of his promise, he said that he had promised to reward him just to please him, not to give him anything in reality.

Raidas was extremely upset, but as there was nothing that he could do, he quietly left the house. He went to meet Birbal and conveyed his grievance to him. Birbal thought of a plan and told Raidas to act according to it. He asked Raidas to go to one of his friends, ask him to plan a dinner and invite the rich man.

Raidas went to Mayadas, a good friend of his and asked him to help him with the plan. Mayadas willingly agreed to help Raidas. The next day, Mayadas went to the rich man’s house and invited him over for dinner.He also told the rich man that all the guests would be served in vessels of gold, which the guests would get to take home after the meal. The rich man was ecstatic to hear Mayadas’s offer and consented to come.

On the fixed date and time, the rich man arrived at Mayadas’s house and was surprised to see no other guests there but Raidas. Mayadas welcomed the rich man and all of them started a polite conversation. The conversation was not coming to an end. The rich man had come on an empty stomach and so was getting hungrier by the minute. What he did not know was that Raidas and Mayadas were quite full as they had eaten just before the rich man’s arrival.

Finally, when the rich man could bear his hunger no longer, he asked Mayadas to serve dinner. Mayadas acted surprised when the rich man asked him about food. He said that he did not remember inviting anybody over for dinner. When the rich man tried to remind him, Mayadas said with a meaningful smile on his face, “My dear friend, I had extended the invitation just to make you happy. I did not mean to feed you dinner in reality. So, please go back to your home.”

Just then, Birbal walked into the room and reminded the rich man of the ill treatment that he meted out to Raidas. The rich man realised his mistake and begged for forgiveness. He took out the necklace that he was wearing and gifted it to Raidas. Raidas was all praise for Birbal and thanked him from the bottom of his heart.