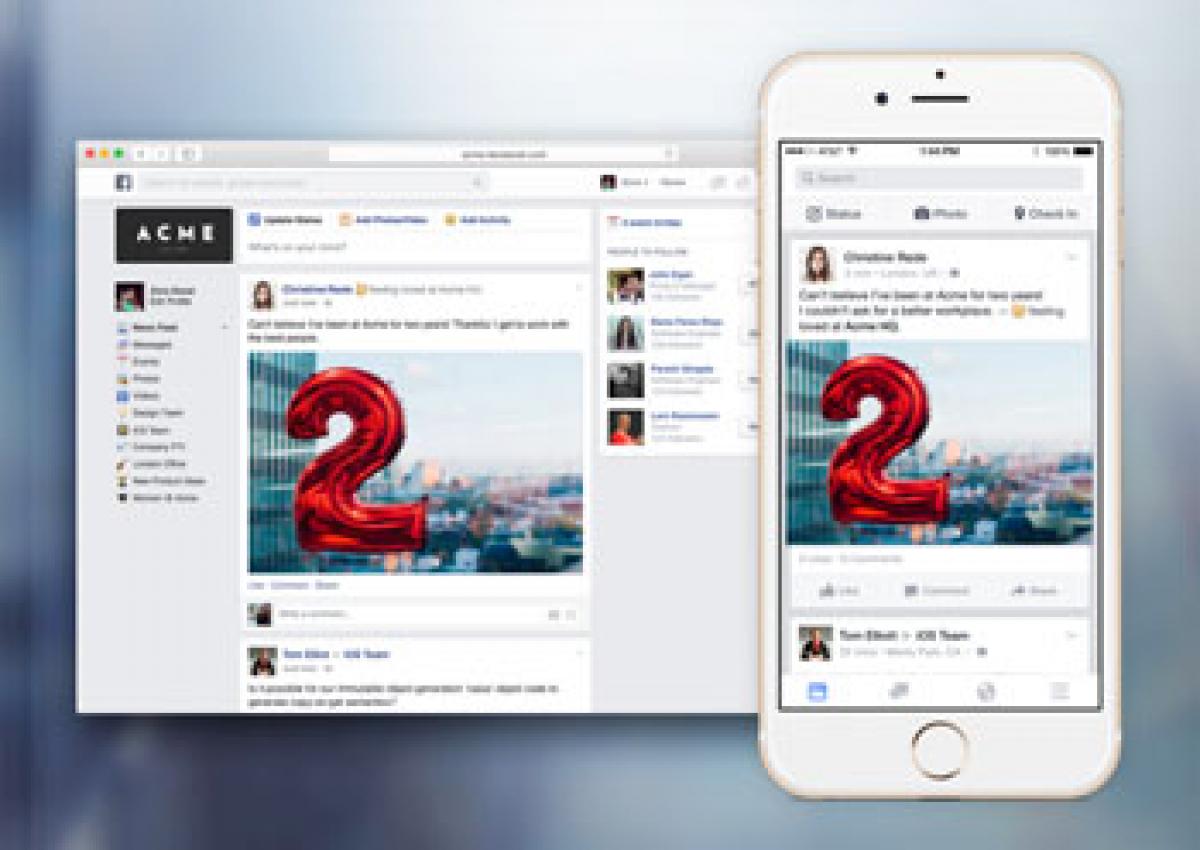 Not allowed to log into any social networking site in the office? That may soon change as Facebook is gearing up to officially launch a business version of its network.

New York: Not allowed to log into any social networking site in the office? That may soon change as Facebook is gearing up to officially launch a business version of its network.

Known as Facebook at Work, the new version of the social network will roll out in the coming months, CNET reported.

Facebook at Work includes all the same features and options, such as profiles, timelines, posts, groups, pages, events and the ability to follow and interact with other people, in this case, co-workers. But it does not offer games.

Facebook at Work will compete with other business social networks, such as Microsoft's Yammer, VMWare's Socialcast and Convo, which provide collaboration tools, messaging, chatting, postings and similar features.

Facebook's advantage is that many people already know how to use it. Many organisations already use Facebook for promotional and marketing purposes but limit the way workers can tap into the social network on the job.

Facebook at Work could eliminate that obstacle and open up a new yet familiar way for employees to collaborate, share and communicate with each other. Facebook at Work users will have their own business profiles separate from their personal profiles.