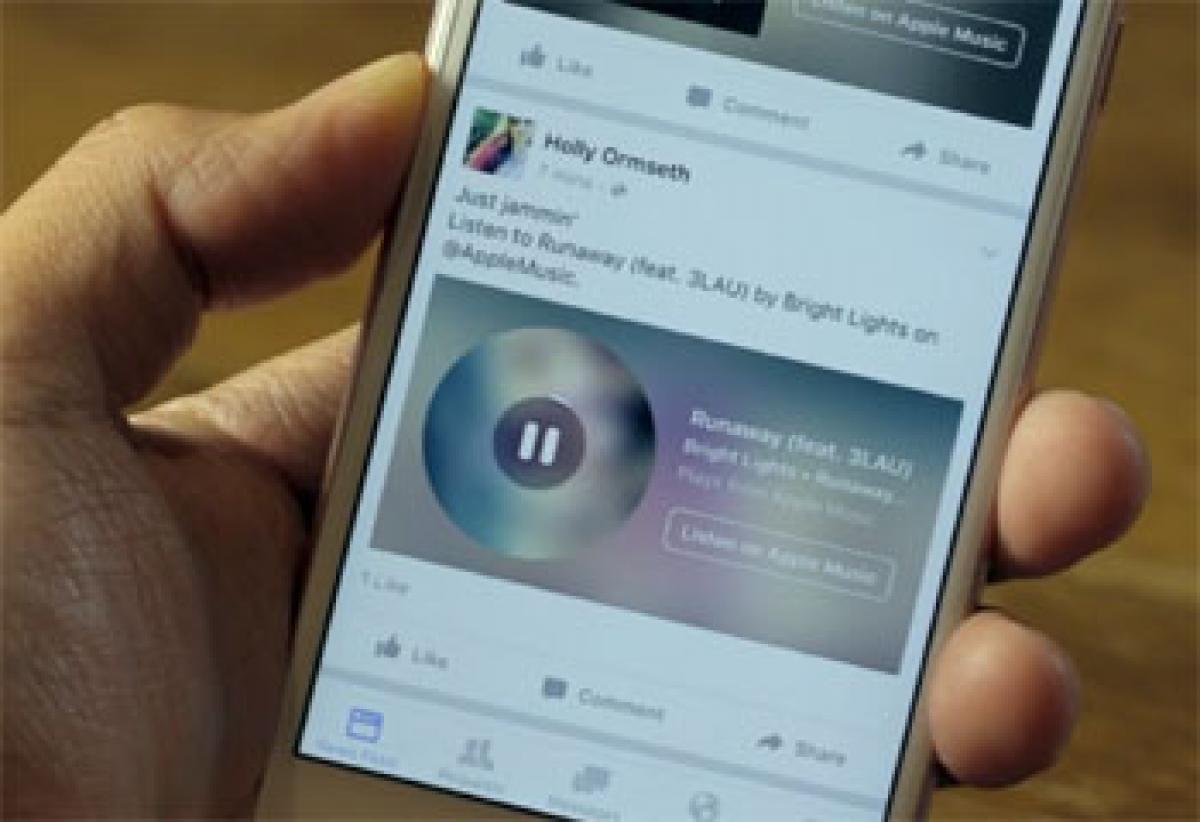 Also included is audio steaming from National Public Radio (NPR). Furthermore, Facebook has introduced 'Listen & Scroll' functionality that lets users listen to audio feeds from these services while browsing through content in the app.

The function is available for iOS and is scheduled to reach Android by next month. The Web interface will not be receiving 'Listen & Scroll', said Director of Product Michael Cerda in the updated company blog post.

Launched last month, Music Stories until now had integration with only two streaming apps - Spotify and Apple Music. Using the feature, a person listening to a song on a streaming site would click "share" and then "copy." He or she would then paste it on Facebook, adding commentary if desired, and friends will see the post with options to hear the song.

Music Stories marks the latest effort to expand forms of content at Facebook, which allows its more than 1.5 billion users to swap messages, photos, and videos. The company expanded its Photo Magic feature to other regions for the Messenger app as well (story link). With facial recognition algorithms, Photo Magic identifies people in photos, and asks users create a group thread to share that particular photo with them. You can then tap either on 'Send' or 'Cancel' to send or discard the image.