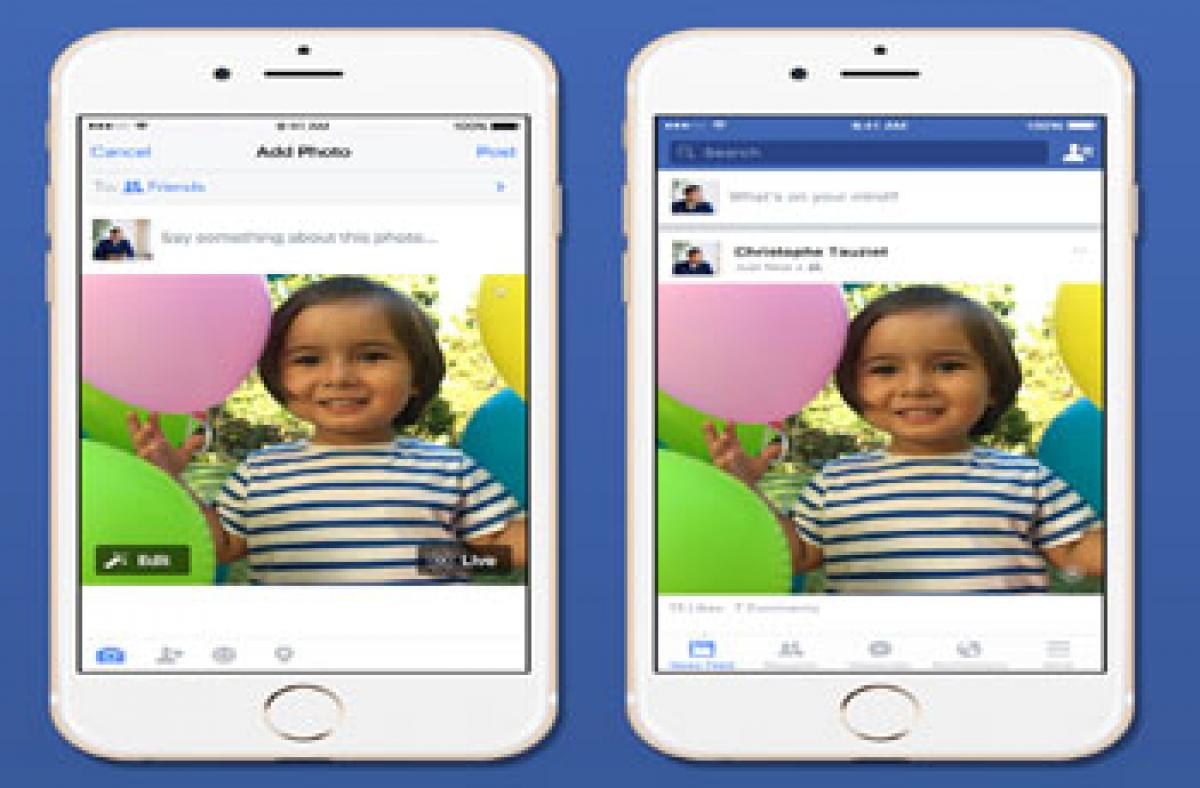 Apple\'s \"Live Photos\" feature in iPhone 6s is gaining popularity as big third parties are finding ways to integrate them.

After Tumblr, Facebook is now rolling out the ability to upload and view Live Photos from within their iOS app, Tech Crunch reported.

Uploading a Live Photo is similar to uploading a regular still photo, save for one extra step.

While uploading a photo from your camera roll that happens to be Live Photo-enabled, a "LIVE" box appears in the bottom right.

Tap that, and it will upload as a Live Photo. If you do not tap it, only the still goes up. You would have to tap that box manually with each Live Photo.

Once in the feed, Live Photos will show as static images by default. In the bottom right of each, however, will be a set of concentric circles.

Press and hold any photo with these circles, and the Live Photo starts playing. Lift your thumb, and it fades back to its static form.

Only iPhone 6s and 6s Plus can capture Live Photos right now, but in Facebook's case, any device running iOS 9 (in other words, anything as old as the iPhone 4S) will be able to view them.