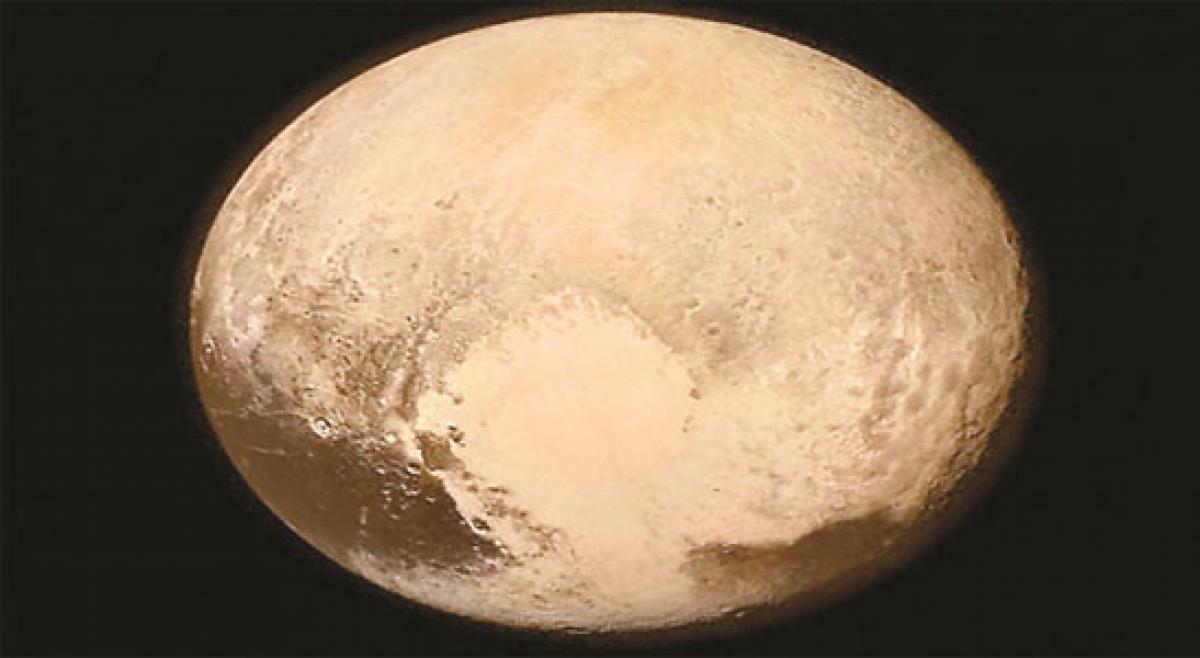 The new research could explain why Sputnik Planitia -- which forms one side of the famous heart-shaped feature seen in the first New Horizons images -- is positioned directly opposite the side facing Pluto\'s largest moon Charon, said the study.

The new research could explain why Sputnik Planitia -- which forms one side of the famous heart-shaped feature seen in the first New Horizons images -- is positioned directly opposite the side facing Pluto's largest moon Charon, said the study.

The researchers suspect that the ocean is mostly water with some kind of antifreeze in it, probably ammonia.

The slow refreezing of the ocean would put stress on the icy shell, causing fractures consistent with features seen in the New Horizons images, the study said.

The idea that Pluto has a subsurface ocean is not new, but the new findings, published in the journal Nature, provide a detailed investigation of its likely role in the evolution of key features such as the vast, low-lying plain known as Sputnik Planitia which is suspiciously well aligned with Pluto's tidal axis.

The likelihood that this is just a coincidence is only five percent, according to the researchers.

So the alignment suggests that extra mass in that location interacted with tidal forces between Pluto and its moon Charon to reorient Pluto, putting Sputnik Planitia directly opposite the side facing Charon.

But a deep basin seems unlikely to provide the extra mass needed to cause that kind of reorientation.

"It's a big, elliptical hole in the ground, so the extra weight must be hiding somewhere beneath the surface. And an ocean is a natural way to get that," said first author of a paper on the new findings Francis Nimmo, Professor at University of California, Santa Cruz in the US.