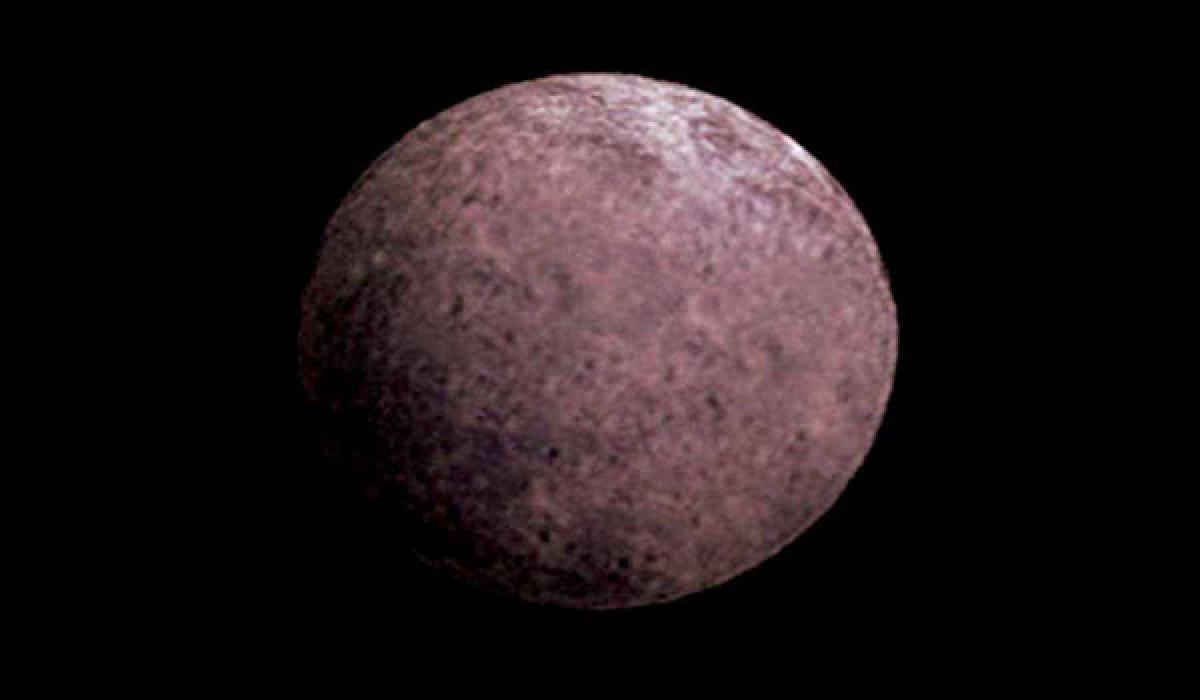 Combining the power of several space observatories, including NASA-'s Hubble Space Telescope, astronomers have uncovered a moon orbiting the third...

Washington : Combining the power of several space observatories, including NASA's Hubble Space Telescope, astronomers have uncovered a moon orbiting the third largest dwarf planet, catalogued as 2007 OR10.The pair resides in the frigid outskirts of our solar system called the Kuiper Belt, a realm of icy debris left over from our solar system's formation 4.6 billion years ago.

The team uncovered the moon in archival images of 2007 OR10 taken by Hubble's Wide Field Camera 3.Observations taken of the dwarf planet by NASA's Kepler Space Telescope first tipped off the astronomers of the possibility of a moon circling it.
Kepler revealed that 2007 OR10 has a slow rotation period of 45 hours. "Typical rotation periods for Kuiper Belt Objects are under 24 hours," said Csaba Kiss of the Konkoly Observatory in Budapest, Hungary.

"We looked in the Hubble archive because the slower rotation period could have been caused by the gravitational tug of a moon. The initial investigator missed the moon in the Hubble images because it is very faint," Kiss, who is the lead author of the study published in The Astrophysical Journal Letters, said. The astronomers spotted the moon in two separate Hubble observations spaced a year apart.

The images showed that the moon is gravitationally bound to 2007 OR10 because it moves with the dwarf planet, as seen against a background of stars. However, the two observations did not provide enough information for the astronomers to determine an orbit.The astronomers calculated the diametres of both objects based on observations in far-infrared light by the Herschel Space Observatory, which measured the thermal emission of the distant worlds.