Analysis of right to privacy verdict of Supreme Court 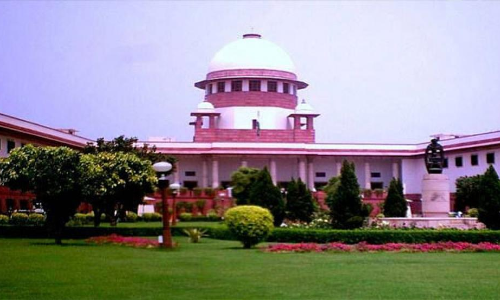 Privacy had emerged as a contentious issue while the apex court was hearing a batch of petitions challenging the Centre’s move to make Aadhaar mandatory for availing government schemes. In 2015, Attorney General while defending the Aadhaar project that seeks to assign every resident a biometric ID argued that Indians have no right to privacy under the Indian Constitution. This shocked observers an

Privacy had emerged as a contentious issue while the apex court was hearing a batch of petitions challenging the Centre’s move to make Aadhaar mandatory for availing government schemes. In 2015, Attorney General while defending the Aadhaar project that seeks to assign every resident a biometric ID argued that Indians have no right to privacy under the Indian Constitution. This shocked observers and legal experts.

The government’s claim would set back the privacy debate by over 50 years. Over decades, the Supreme Court has in its judgments read the right to privacy into the Constitution. The highest court in doing so had recognized that without a right to privacy, the right to liberty and freedom of expression cannot survive. The government’s claim threatened our basic rights.
Introduction

9 judge bench delivered landmark judgement and unanimously declaring the Right to Privacy is fundamental right under constitution. SC has categorically held that Right to privacy will be protected as intrinsic part of Right to life and personal liberty under Article 21 of constitution of India. Judgement represents quantum leap in the evolution of legal jurisprudence pertaining to privacy in India.

Supreme Court of India has held that right to privacy is a Fundamental Rightand it is protected under Article 21 of the Constitution of India. This verdict has a huge impact on the lives of 134 crore Indians.

What is the big deal about Privacy?
Privacy is the basis of the freedom to dissent. With unfettered surveillance, every time you disagree with the state, they can take advantage of the huge imbalance of information between them and you. They can put you under pressure to concede or use information that you did not even know they possessed to embattle you in court.

And their story need not be true. The availability of mass data does not automatically reveal the truth. The truth has to be extracted from it. The details of your phone calls, movements, purchases, demographics and social interactions can be used to construct any number of different truths.

After hearings spread over a fortnight, a nine-judge constitution bench of the Supreme Court on 2 August 2017 reserved its verdict on whether the right to privacy should be deemed a fundamental right. The bench, headed by chief justice J.S. Khehar, did not set a date for delivering its verdict.

The nine-judge constitution bench was set up on 18 July and heard arguments over three days each week by lawyers for the central government, states and petitioners who contended that the collection of personal details under the Aadhaar infringed on the right to privacy.

1. The limited question—is the right to privacy a fundamental right—had cropped up in the context of legal challenges to the Aadhaar number, which has now become the bedrock of government welfare programmes, the tax administration network and online financial transactions.

2. Arguments were opened by lawyer Gopal Subramanium, arguing in favour of a privacy law, as he urged the Supreme Court to view privacy not as a shade of a fundamental right but as one that was “inalienable and quintessential to the construction of the Constitution”.

3. Privacy was sought to be defined by Shyam Divan, counsel for one of the petitioners, who said that it would include bodily integrity, personal autonomy, protection from state surveillance and freedom of dissent/movement/thought.

4. On 26 July, as the Centre began its arguments, it recalibrated its stand on privacy, and conceded for the first time that it was a fundamental right under the Constitution—with the caveat that the right could not be extended to “every aspect” of privacy.

5. Attorney general K.K. Venugopal submitted that privacy was at best a “sub-species of liberty and every aspect could not qualify as being fundamental in nature”.

6. Following this, four states—Karnataka, Punjab, West Bengal, Himachal Pradesh—and the union territory of Puducherry backed the constitutionality of the right to privacy. The states of Haryana and Kerala also joined the proceedings.

7. Amid the privacy debate, the ministry of electronics and information technology (MeitY) appointed an expert group headed by former Supreme Court judge B.N. Srikrishna to put in place a data protection legislation.

8. The Unique Identification Authority of India (UIDAI), represented by Tushar Mehta, additional solicitor general, took the stand that privacy was a valuable common right that was duly protected under statutes and did not need to be elevated to the status of a fundamental right.

9. Once the privacy question is settled by the nine-judge constitution bench, the remaining issues related to Aadhaar will be heard by a smaller bench of the Supreme Court.

• The fact that a right may have been afforded protection at common law does not constitute a bar to the constitutional recognition of the right. Once privacy is held to be an incident of the protection of life, personal liberty and of the liberties guaranteed by the provisions of Part III of the Constitution, the submission that privacy is only a right at common law misses the wood for the trees.

• To Centre's argument that privacy need not be made a constitutional right and can be protected through parliamentary statutes: A statutory right can be modified, curtailed or annulled by a simple enactment of the legislature. In other words, statutory rights are subject to the compulsion of legislative majorities. The purpose of infusing a right with a constitutional element is precisely to provide it a sense of immunity from popular opinion and, as its reflection, from legislative annulment.

• To Centre's argument that privacy is an “elitist construct”: Every individual in society irrespective of social class or economic status is entitled to the intimacy and autonomy which privacy protects. The refrain that the poor need no civil and political rights and are concerned only with economic well-being has been utilised though history to wreak the most egregious violations of human rights.

Need for elevating it to the status of fundamental right

From relevance and contemporary stand point the fact that privacy is extremely important concern in technology intensive society which aims to become information based society especially at a time when we are pushing for Digital India.

What has been the government saying?

How these arguments are being seen?

Why there is a need to protect citizen information?

What should the government do?

So this case is not about Aadhaar but it still is?

The verdict has advanced and revivified core constitutional principles in an era in which privacy is compromised against state interest. Somehow, privacy as a value finds itself

o at loggerheads with notions of national security,

o the needs of a knowledge society and

Hopefully, this judgment will set many such concerns at rest and bring about a more equitable relationship between citizen and state.

The right to privacy broadly encompasses physical privacy, informational privacy and decisional autonomy. The interplay of technological advances and the right to privacy in the digital age needs to be closely scrutinised. The nine-judge bench has rightly emphasised the need for data protection laws — a task now entrusted, at a preliminary stage, to the Justice Srikrishna Committee.

But, irrespective of any technological changes, the respect of the right of individuals to make a choice of how and where they want to live, work and pursue their individual dreams must be protected. Nine judges of the Supreme Court have protected, for decades to come, the most important right emphasised by Justice Brandeis: The right to be left alone.