For a litigation-free permanent solution of land issues 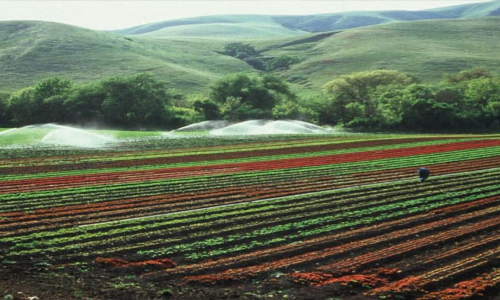 Villages are integral part of our country’s history. Every village was a Republic. Britishers had their eyes only on taxes to be collected from the villages but never interfered in the age-old traditions or customs. There are no boundaries for the agriculture lands till the 19 th century. Moghul Emperors Akbar and Sher Shah Suri undertook land measurements but not stabilised them

Chief Minister K Chandrashekhar Rao as a prerequisite to comprehensive land survey in the state, has decided to go for rectification, cleansing and updating of the land records in toto in the State so that the land related issues find a litigation free permanent solution. Towards this to begin with Farmers’ Associations’ Coordination Committees (FACC) are being set up.

Villages are integral part of our country’s history. Every village was a Republic. Britishers had their eyes only on taxes to be collected from the villages but never interfered in the age-old traditions or customs. There are no boundaries for the agriculture lands till the 19 th century. Moghul Emperors Akbar and Sher Shah Suri undertook land measurements but not stabilised them

State Government issued guidelines for nomination of FACC members. Later from September 15 to December end, Comprehensive rectification, cleansing and updating of land records with Revenue village as Unit will be conducted. For this purpose, each revenue village will be treated as a Unit. 11, 000 such units are finalized all over the State and 3,600 teams would be identified to head these units.

Against his backdrop, it may be of interest to know and understand what kind of rural administration was in vogue in Telangana and how it can be bettered in future. “Gramayanam” an unpublished handbook written by 83-year-old Professor Maramraj Satyanarayana Rao has brought to light several interesting realities on the matter.

Villages are integral part of our country’s history. Every village was a Republic. Britishers had their eyes only on taxes to be collected from the villages but never interfered in the age-old traditions or customs. There are no boundaries for the agriculture lands till the 19 th century. Moghul Emperors Akbar and Sher Shah Suri undertook land measurements but not stabilised them.

Till mid-19th century there was no proper administrative set up in Telangana. Villages used to follow the age-old traditions with Karanam in-charge of Land records while the Munasab, the Law and Order. It was a privilege to be addressed as Patel and Dora in general and to the tax collecting agents on behalf of the government. These Doras shifted their residences to Hyderabad to be in proximity to the powers that be and their agents in the villages used to collect the taxes.

Till the Kakatiyas rule, Jains used to collect taxes and maintain land records and affairs of the villages. Since the Jain Karanam created some hitches for Ganapati Deva Raju, he had specially trained 6,000 Brahmins and made them the village Karanams. Descendants from this sect are even today called as Aruvela Niyogulu (6,000 Niyogi Brahmins). Persons from the dominating upper castes are used to be appointed as Munasabus.

Through this, Salarjung I had regularized the governing system of Jaghirdars, makthedars and Payagas. He had deputed two senior revenue officials to Bombay and based on their study, for the first time the government had undertaken survey of the lands and prepared the records. These records were in vogue till the Salarjung III in 1936 undertook yet another survey.

Such a survey was not done earlier. Except the village officer no one knew how much land was available and under whose control it was. There were no proper records of the land nor its boundaries. The term Pattaadar lands came into vogue for the first time after Salarjung’s survey.
As part of the Salarjang administrative reforms the Nizam government had appointed an officer called Girdavar for the villages. Since the ancient times, there used to be three officers in the villages, Patwari, Maali Patel and Police Patel. One Shekh Sindhi used to assist them. One Neeradi used to be there to regulate water from the tanks. None of these people have any salary from the government. Based on their skills, a percentage of Land Cess used to be given to them. This administrative set up continued till 1956 when the Hyderabad state merged with Andhra state.

After the Salarjung survey based on the soil strength of the land, Anavari register was maintained based on the Anna system. These registers were also called Setwari. For the farmers land there used to be a map called Naksha. These maps are drawn with black ink on a silk cloth. These are still available now. The land estimates were done based on these Nakshas.

Some land was earmarked in every village as part of the Gram kantam. For animal fodder one fourth of the land earmarked as Bancharayi. Lands, which were not fit for cultivation, were called Poramboku. In the farmers land, rocks, uncultivable piece was called Phoot Kharab and tax was not levied for that portion. There were records for the lands owned by farmers but not for any government land. The Nizam had allocated lands in the periphery of Hyderabad on his name and they were called Sarf-e-Kas. This was recorded as Zilla ataraf balda.

Shekh Sindi and Neeradi who were assisting the officers used to have Inam lands which were exempted from the Land Cess. Villages’ officers were called watandars and they used to act as liaison mediators between the government and the people.

Patel and Patwari ruled the roost till the Panchayat Raj system came into existence. Sheikh Sindi used to carry a long shaft with an Iron spear to exhibit his authority.

Neeradi used to help the Patwari to find out the water levels. Patwari in his barish takhta used to compile information about availability of water, floods and famine. Based on the Patwari report, during the Zamabandi Cess used to be waived for the land if there was famine or floods. Whether to supply water for the second crop or not was to be decided at Taha Bandi. Crops dependent on rains used to be called Abee, Tabee while the wet crops were referred to as Khariff and Rabi.

Lands in the villages were called Tari and Khushki. At the advent of cultivation, the Patwari used to survey the lands, whether seeds are sown in Tari-khushkhi lands and record the same. Checking of lands used to be called Charu Mahi and Hasth Mahi.

The inquiry and check conducted by the Patwari every four months was called Charu Mahi. The checks done later were called Hasth Mahi. Girdavar used to be head of the checks. It was the responsibility of the Patwari to maintain records of the details of landowners, extent of land and the Cess collected.

The records prepared by Patwari were key records for the government. In a way, it can be said that as part of Salarjang reforms, land was surveyed and recorded in such way that it could be computerized today. However, due to various reasons, a need has arisen now for a fresh survey and settlement of lands and rectification of land records. The Survey Numbers given in those days have become irrelevant now.

After the survey then, the details of land cultivated by each farmer was maintained in a permanent record called Setwari. Every land holding was given a number which even today is referred as the Survey Number. Based on this, each year the Patwari used to prepare two records, Pahani and Choufasla. Pahani was a kind of primary right document and it was the base record for collecting the Cess. After updating the records, on each page end, the Patwari used affix the tehsil seal.

In each Pahani page only details of only 10 Survey Numbers should be recorded. It will have details like extent of the land, owner of the land, category of the land and what crop was cultivated etc. The inspection details of the crops both by Girdavar and Patwari used were entered in the Pahani. The Land Cess used to be decided based on these records at the Zamabandi.

Land Cess used to be collected based on the Zamabandi resolution from the month of December. If the Pattaadar was dead and transfer of his land his legal heir was done during the Zamabandi. Based on Zamabandi Paisal Patti used to be prepared as a receipt of tax payment, the information used to be recorded in a book known as Pavuthi Bahi.

Farmers used to keep this receipt safely. For the preparation and updating of the village records, instead of beginning from the English New Year or Telugu New Year Ugadi, the Persian New Year Fasli was planned. Even today the receipts are in Fasli year. On every Dussehra day, the Patwari used to perform Pooja for starting the revenue records. The records were bundled in a handloom cloth.

Eventually, the Watandari system was abolished. A new administrative set up took over. There were several lacunae that were creeped in the records. A wide gulf between the officers and farmers in the villages surfaced. Nobody could say how much land was available and who owns what land? In view of the rectification and updating of records it is now envisaged by the government to introduce lesser number of records in a village in place of the present nine.

Against this backdrop, the land reforms in the form of comprehensive land survey as well as rectification, cleansing and updating of the land records should be better than the reforms introduced by the Salar Jung. Later let the land be recorded based on farmers and the proposed reforms should eradicate the litigation and other related issues once and for all. The rural administration, which was destroyed after the abolition of Watandari system, should now be strengthened. The survey and settlement programme planned by KCR should herald a new beginning in inclusive land reforms.