What’s causing so many changes to India’s monsoons? 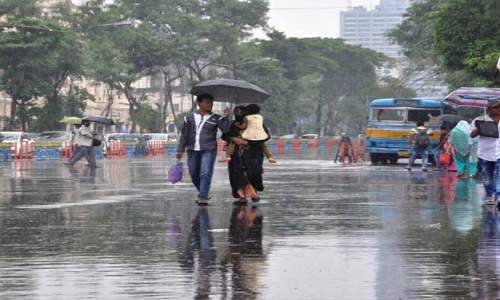 For the third year in a row, the monsoon season has produced floods in the northwest and the northeast, while south India has suffered from a rainfall deficit. Rainfall extremes have increased threefold over the last few years and now extend over all of central India -- from Gujarat to Odisha.

For the third year in a row, the monsoon season has produced floods in the northwest and the northeast, while south India has suffered from a rainfall deficit. Rainfall extremes have increased threefold over the last few years and now extend over all of central India -- from Gujarat to Odisha.

What is El Nino?
El Niño is characterized by unusually warm ocean temperatures in the Equatorial Pacific, as opposed to La Niña, which is characterized by unusually cold ocean temperatures in the Equatorial Pacific. El Niño is an oscillation of the ocean-atmosphere system in the tropical Pacific having important consequences for weather around the globe

The floods of 2017 are quite consistent with this pattern; the moisture derives from the northern Arabian Sea and not from depressions in the Bay of Bengal as one would usually expect.

Considering the total rainfall over the entire monsoon season from June to September, an early monsoon tends to bring bountiful rainfall whereas better-than-average rainfall is rarely seen when they are delayed.

The onset of the monsoon has been delayed almost every year since 1976, when there was a regime shift in climate around the world -- from a weak to a strong El Niño period. Since this time, monsoons have also been ending sooner -- almost a week from the end of September; so the length of the rainy season has been compressed.

During the monsoon season, there are usually random "break periods" when there is hardly any rainfall. These periods are associated with systems moving northwards from the equatorial region.

So, almost everything about the monsoon is changing -- rainfall intensity, duration, frequency and spatial distribution.
We cannot be entirely sure if all this is in response to global warming -- in which case it could be permanent and accelerate -- or if the monsoon system will revert to a more "normal" state. We need many more years of data and re-analysis to be sure.

The key question right now is whether the shorter rainy season could lead to increased monsoon extremes, or whether global warming is causing shifts in the duration, intensity and frequency of rainfall.

Analysing the South Asian monsoon has been difficult. A rich vein of long-term data yields great insights but also raises new questions and poses serious challenges to climate models old and new. However, now we do know that rainfall extremes during the monsoon are unrelated to local warming.

We also know that the long-term trends we are witnessing -- decreasing mean rainfall, increasing spatial variability of rainfall, and a three-fold rise in rainfall extremes -- are associated with a weakening monsoon wind circulation and a decrease in the number of monsoon depressions from the Bay of Bengal, which are historically responsible for about half the monsoon rainfall.

So, if there are fewer monsoon depressions in the Bay of Bengal, what is driving these rainfall extremes? A new paper I co-authored with Roxy Mathew Koll of the Indian Institute of Tropical Meteorology finds that warming of the land in northwest India and Pakistan creates a pressure force that drives strong near-surface winds from the northern Arabian Sea to central India and brings enough moisture to more than compensate for the weakening monsoon circulation and the decreasing monsoon depressions from the Bay of Bengal.

Other factors influencing the monsoon -- which brings more than 80 per cent of the annual rainfall to South Asia -- include the impact of El Niño and its counterpart La Niña. Then there's the warming and cooling of the Indian and Atlantic oceans -- the Indian Ocean Dipole and the Atlantic Niño. All these play a role in the monsoon, but it is not always clear which affects what, and how.

Despite these changes and the decreasing trend, rainfall at the end of most seasons remains within 10 per cent of the long period average (LPA). But with the variations across space increasing, that means little to farmers dependent on rain-fed agriculture. Some regions such as northern Karnataka and central Maharashtra have recently had rainfall deficits of close to 50 per cent.

The monsoon's "vicissitudes" have clearly increased now, and made the work of scientists more difficult. But there is a silver lining. We now know that non-local influences are more important; it is easier to track them and improve our forecasting to the point where authorities have sufficient time to act before a flood or a storm.

And since total rainfall has remained within 10 per cent of the LPA, large water reservoirs are unnecessary. The real large-scale plan should be about capturing the rains, either by rainwater harvesting or agro-forestry.