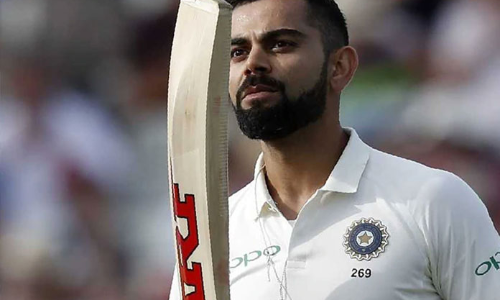 In 2018, India faced three of the toughest trips in Test cricket, traveling to South Africa, England and Australia over the course of the year Virat Kohlis men were the number one ranked Test nation in the world and, with victories over the leading countries in world cricket, they established themselves as one of the greatest teams of all time

In 2018, India faced three of the toughest trips in Test cricket, traveling to South Africa, England and Australia over the course of the year. Virat Kohli's men were the number one ranked Test nation in the world and, with victories over the leading countries in world cricket, they established themselves as one of the greatest teams of all time. However, it wasn't all good news for India, with a few bumps in the road leading to a hit-and-miss year for the team.

South Africa boasted arguably the most potent bowling attack in the world, especially with Dale Steyn back in the ranks. In the opener, two sides exchanged decent scores in the opening Test in Cape Town, and India were left with a chase of 208 to win in the fourth innings. However, the brilliance of Vernon Philander tore through their quality line-up to secure a 72-run victory for the Proteas.

The second Test followed a similar pattern despite a brilliant century from Kohli, making nearly half of his side's first-innings total at Centurion. Faf du Plessis' men left a chase of 284 runs for the tourists, but this time debutant Lungi Ngidi used his pace to torment the line-up, allowing South Africa to claim a comfortable win and the series.

Kohli's men got back on track with a hammering of Afghanistan in their opponents' inaugural Test match, giving India momentum ahead of their trip to England. However, Joe Root's men quickly put them on the back foot as Sam Curran guided the home side to a narrow victory at Edgbaston before James Anderson and Chris Woakes combined to deliver a comprehensive triumph.

Kohli ended his struggles in England, top-scoring in the series notching almost 600 runs at the crease. This included a brilliant century at Trent Bridge to get his team back on track in the series. Not even the 30-year-old's excellent form was enough to avoid a 4-1 hammering, slipping to back-to-back defeats to end the tour.

The West Indies arrived in India in October but were brushed aside with ease as the hosts won the first Test by an innings and the second by 10 wickets. Although India won comfortably, it was not the challenge that they would need ahead of the series against Australia on the road.

India traveled Down Under looking for their first series win in Australia. The Baggy Greens had not been the force of previous years, especially without Steve Smith and David Warner. As a result, India's odds were more favourable in previous trips, while Australia's fall down the rankings without their stars will be worth monitoring in terms of their odds on the moneyline for future competitions in the World Cup and the Ashes in 2019, which is unusual, to say the least for the Baggy Greens.

Pujara was the difference between the two sides in the opener in Adelaide, scoring a patient century. India won the contest by 31 runs but they were put on the back foot in the second Test in the first match at the new Perth stadium. Nathan Lyon and the Australia attack fought back and leveled the series, setting up a fierce contest for the Boxing Day Test match in Melbourne.

A partnership between Pujara and Kohli put India in control with a score of over 400 before Jasprit Bumrah did the damage with the ball to secure a convincing victory. Pujara saved his best knock for last in Sydney to ensure that India claimed their first series win Down Under, despite the fact that the rain prevented a third triumph.

India had an up-and-down time in Tests over the last year, suffering at the hands of South Africa and England. However, their victory over Australia has left them in the top spot in the world and it will be hard to see anyone dislodging them for a good while, although the opportunity to be remembered as a truly elite side evaded them.

With the Ashes and World Cup coming up this year, India have a chance to truly distinguish themselves from the rest of the world.