ICC CWC'19: Sarfaraz and few others to face media after returning home on Sunday 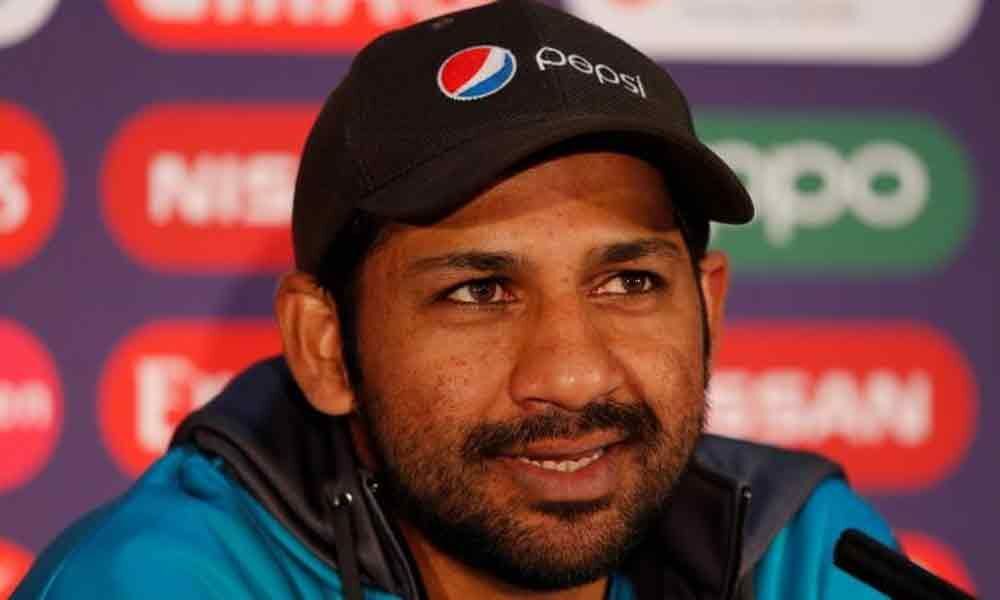 Pakistan failed to make the semi-finals of the 50-over showpiece despite having same points as the fourth qualified team-- New Zealand.

Karachi: The Pakistan team is scheduled to return home from the UK on Sunday morning after their exit from the World Cup and captain Sarfaraz Ahmed along with a few other players are set to face the media.

Pakistan failed to make the semi-finals of the 50-over showpiece despite having same points as the fourth qualified team, New Zealand, having lost out on the basis of the net run-rate.

Sarfaraz and Co. faced robust criticism after they managed to win just one out of their first five matches but they made a strong comeback to secure wins over South Africa, New Zealand, Afghanistan and Bangladesh in a row, to reduce the chances of a huge backlash at home.

While captain Sarfaraz will face the media on Sunday afternoon here, the Pakistan Cricket Board (PCB) has also organised press conferences of other players including Babar Azam, Imad Wasim, Imam-ul-Haq and Shadab Khan in Rawalpindi and Lahore.

The PCB also announced on Saturday that a few senior players -- Wahab Riaz, Muhammad Hafeez, Muhammad Aamir, and Shoaib Malik -- will not be returning with the team as they have stayed back in England.

Even head coach Mickey Arthur and the batting and bowling coaches -- Grant Flower and Azhar Mahmood -- will also not accompany the team back home.

The PCB has already announced that its cricket committee, now headed by Managing Director Wasim Khan, will be holding a robust inquiry into the team's performance in the last three years including the World Cup.

Based on the recommendations of the cricket committee, the PCB chairman and board of governors will announce whether any changes will be made in the management, selection committee and whether Sarfaraz will be retained as captain or be axed.

There are indications that Arthur and his support staff will be given the exit signal while a new selection committee will also be announced with former Test batsman Mohsin Khan tipped to get a major position in the new team management/selection committee set-up.

In the past, teams returning from the World Cup without achieving anything of note have faced angry fans and led to changes across the board.

This time, a source in the PCB said changes would not be made just for the sake of it and to find scapegoats for Pakistan's failure to qualify for the semi-finals.

"This time if changes are recommended they will be made keeping in mind the future assignments of the team," the source said.