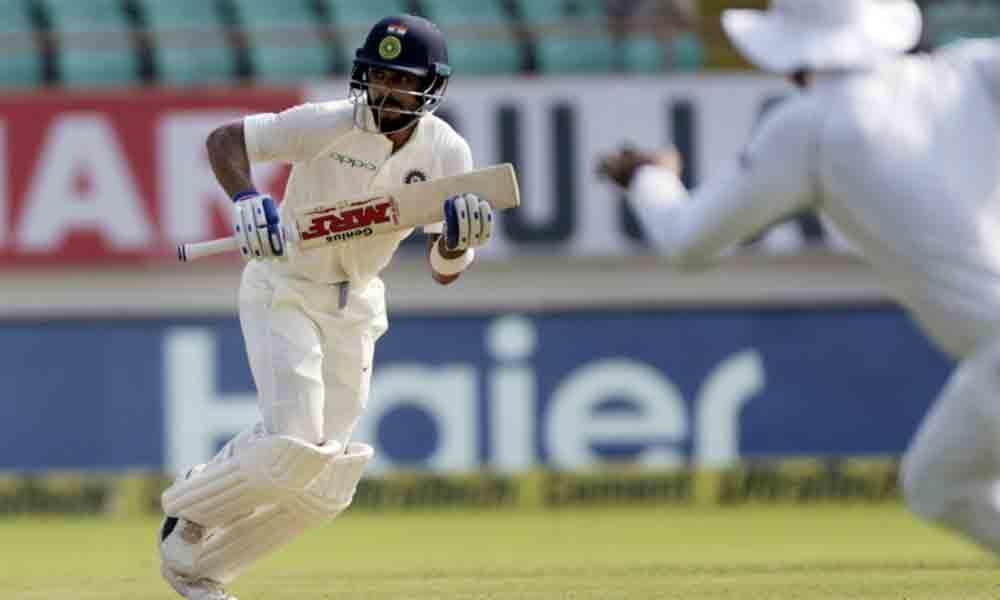 India’s opening batsman Mayank Agarwal and skipper Virat Kohli ground out a testing session to place India at 72-2 at the end of the first session of the ongoing second Test in Jamaica.

India's opening batsman Mayank Agarwal and skipper Virat Kohli ground out a testing session to place India at 72-2 at the end of the first session of the ongoing second Test in Jamaica. The duo has added 26 runs for the third wicket so far and will be keen on building the innings together in the second session.

Winning the toss, West Indies skipper Jason Holder opted to bowl first on a wicket that has a bit of grass and moisture to assist fast bowlers. The Indian innings got off at a decent rate as openers KL Rahul and Mayank Agarwal succeeded in finding the fence early in the innings. However, Rahul's woes in the longer format continued to persist. After making 13 runs, the Karnataka batsman was dismissed by the Windies skipper in his opening over.

Holder continued to peg away with impeccable lines and lengths as India's scoring rate went downslope. The team's Test batting stalwart, Cheteshwar Pujara, too continued his lean patch in the series and couldn't trouble the scorers much. The right-handed batsman departed to the pavilion after making just six runs, as debutant Rakheem Cornwall got the better of him in the seventeenth over.

Agarwal, on the other end, has looked assured. Currently batting at 41, the 28-year-old seems to have set his sights on a big score after registering disappointing returns in the first Test. Giving him a good company is Virat Kohli who has faced 30 balls, for 5 runs, before the umpires called for lunch to close out an even session of play.