IPL 2019: Was important for me to bat through in AB's absence, says Kohli 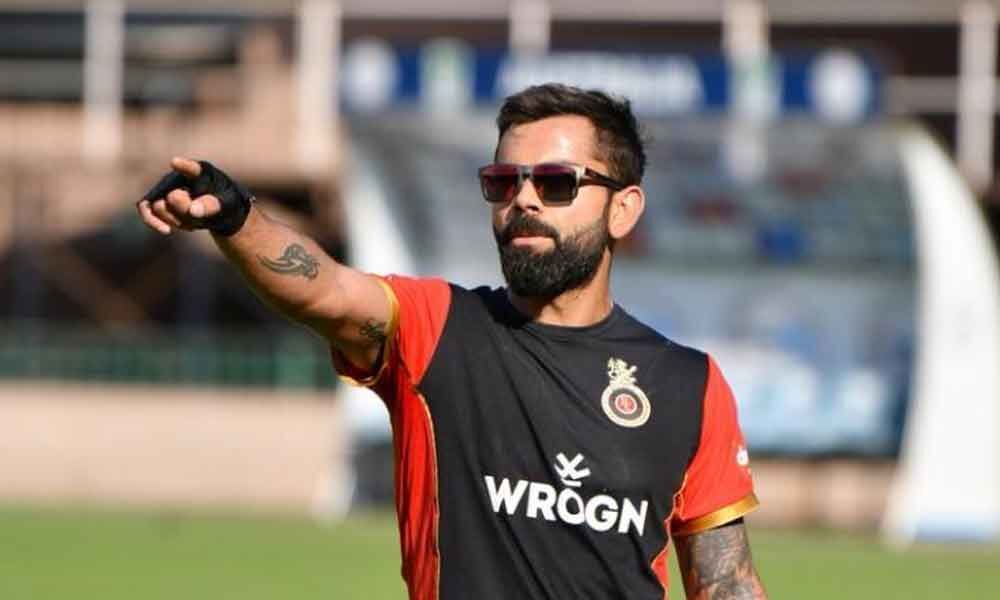 Virat Kohli on Friday said the onus was only on him to bat through the innings in the absence of AB de Villiers and the RCB skipper lived up to the expectations with a 58-ball 100 for his first century of IPL 2019.

Kolkata: Virat Kohli on Friday said the onus was only on him to bat through the innings in the absence of AB de Villiers and the RCB skipper lived up to the expectations with a 58-ball 100 for his first century of IPL 2019.

RCB eked out a 10-run win over KKR for only their second success of the season after Andre Russell and Nitish Rana nearly pulled off the impossible. De Villiers was under the weather before the start of the game and Kohli decided to rest him.

"It was important to bat along when AB is not here, as a senior player. AB was disappointed for not making it for the game tonight and I told him that I'll give him a hug if we win tonight," Kohli said at the post-match presentation.

RCB finally managed to defend a total after posting 213 for four at the Eden Gardens.

"There's no point in panicking in these types of situations, you got to leave it to the bowlers to decide what he wants to do. Few good decisions by (Marcus) Stoinis and then Moeen in the end. I think the way Stoinis bowled those two-three dot balls, it was very crucial," Kohli said of Stoinis penultimate over.

"They (Moeen and Stoinis) both showed composure and that's what you expect from your teams mates. Our communication during second time-out was to get 170-175, we didn't think we could get 200-plus."

Talking about his innings, Kohli said: "It was difficult to put away the length balls away. Moeen changed the game completely and that allowed me to play my game. Moeen said I am going to go now and I asked him to go for it. He targeted the small boundaries and changed the game in those few overs," he said referring to Moeen's 66 off 28.

"In the end, death overs are going to be difficult with this kind of ground, where the ground is lightning quick. Credit to Russell for setting up those kind of games.

"Having Dale (Steyn) with his kind of experience gave bowlers like (Navdeep) Saini that kind of confidence. Steyn getting those crucial overs was important for us. I think picking wickets in the powerplay is crucial as it sets the tone for the rest of the innings," he said.

Playing his first game of the season after having come in as a replacement, Steyn removed Chris Lynn and Shubman Gill to leave KKR reeling at 33 for three in five overs.