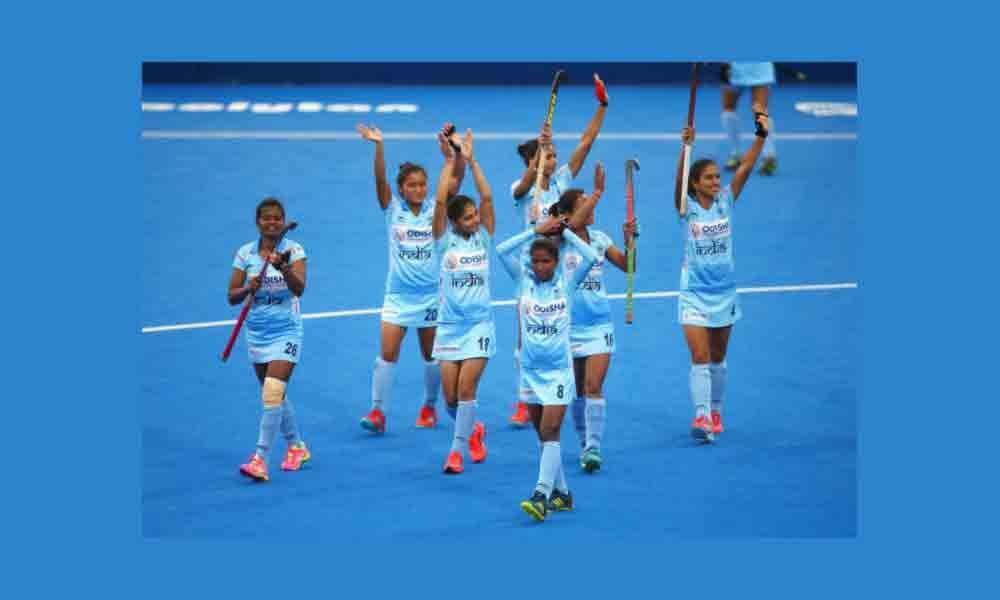 The Indian women's hockey team vice-captain Savita on Wednesday said they will have to defend as a unit if they wish to beat big teams like Australia...

Bengaluru (PTI): The Indian women's hockey team vice-captain Savita on Wednesday said they will have to defend as a unit if they wish to beat big teams like Australia and win the Olympic Test event, to be held in Tokyo from August 17 to 21.

The Indian women's team, currently ranked 10th in the FIH Rankings, will face tough challenges against the likes of world no.2 and three-time Olympic champions Australia, China (11th) and hosts Japan (14th) in the Test event in Tokyo. "We will be playing a very strong team in Australia against whom we played well in last year's Commonwealth Games in Gold Coast. It was a tough defeat to take as we lost by a solitary goal, and it was also the semi-final of the tournament. However, we were proud of our performance," said Savita, who is also the first choice goalkeeper of the Indian team.

"To match Australia in all departments was great, But this time, we need to make sure that we defend well as a unit, and not give them any easy chances. I feel defence will be key in determining who wins the upcoming tournament in Tokyo," she added. Savita said the team is now focused on a more balanced approach. "We know we have a team which can attack and defend aptly depending on the match situations. We have the players who can help us in both the aspects. "As a goalkeeper, what I try to do is help in organising the defence. Coordination at the back will be key for us going into this important year ahead." Savita said there is a great understanding and trust among the players as they have been playing together for quite some time now, and it will augur well for the side in Tokyo.

"We have a very talented bunch of players in our team. These players have been playing together for a long time. We understand each other on and off the field and it is something that helps us immensely to perform collectively. "We also understand each other's strengths and weaknesses. We help each other in crunch situations," added the 29-year-old, who has 193 international caps under her belt. She said the Indian women's team is confident of sealing its place in 2020 Tokyo Olympics after its success in the FIH Women's Series Finals in Hiroshima.

"In the past couple of years we have had the chance to play in huge matches, but there have been times when we have lacked a bit. But I think the team has improved tremendously and we can now match the likes of world no. 2 Australia," she said. "But we need to focus on winning the big matches and we showed that we are capable of doing it when we won the final of the FIH Women's Series Finals against Japan in front of their home crowd."