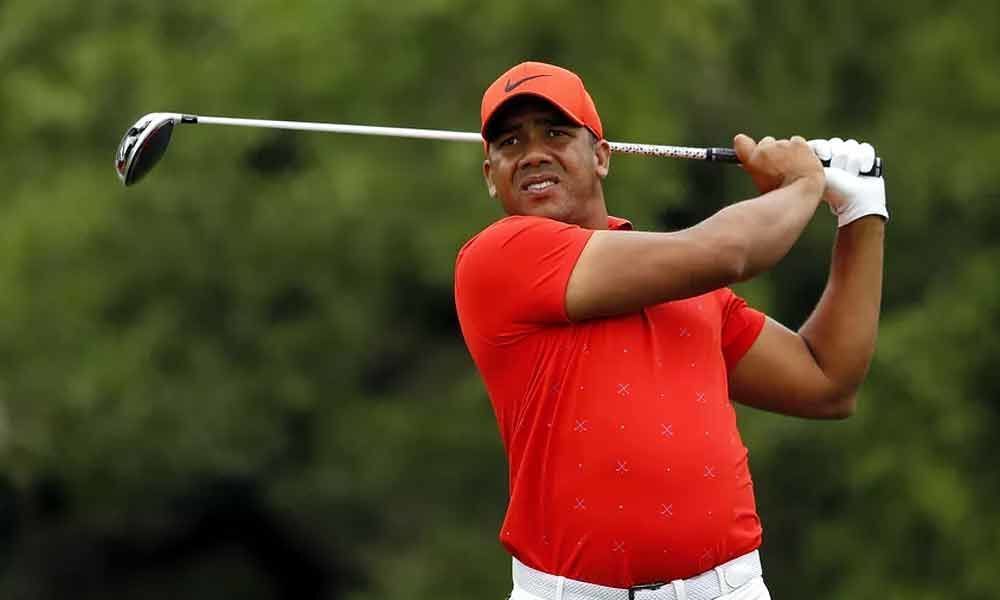 India's Anirban Lahiri holed a 15-footer on the ninth, his closing hole in the second round, to somehow make the cut at the John Deere Classic golf tournament here.

Silvis (USA): India's Anirban Lahiri holed a 15-footer on the ninth, his closing hole in the second round, to somehow make the cut at the John Deere Classic golf tournament here.

Another Indian Arjun Atwal, who was invitee in the event, missed the cut with rounds of 69 and 72. Also missing the cut was Indian-origin Swedish golfer Daniel Chopra, who shot 70-73. Jhonattan Vegas, the sixth player in as many rounds on the PGA TOUR to post 62, took a one-stroke lead into the weekend. Andrew Landry was placed second after posting a 65 in the second round.

Lucas Glover made an albatross on Par-5 10th and shot 64 to get to 11-under and was placed third. Lahiri, who has been struggling with his scoring this season, hit 8 of 14 fairways and 13 of 18 greens in regulation. His six-under 65 after a first round of three-over 74 got him to three-under 139 and he somehow squeezed in at tied 67th place. Starting on the 10th, Lahiri began with a birdie from 12 feet but gave that away on 12th by missing a 10-footer for par.

He quickly got back his momentum back with birdies on 13th and 14th and added another on 17th from 15 feet. On the back nine, he holed a 15-footer and a 14-footer on second and fourth and moved to five-under for the day. Then he missed two achievable birdie putts from five feet and nine feet and again from 11 and 12 feet on seventh and eighth.

Finally he holed a 15-footer on the last hole to make the cut. Harold Varner III (65), Russell Henley (68), Daniel Berger (66), Cameron Tringale (66) and Adam Schenk (65) were at 10-under. Varner chipped in for eagle from 42 yards on the par-4 14th. First-round leader Roberto Diaz closed with a double bogey for a 73 that left him at seven-under.