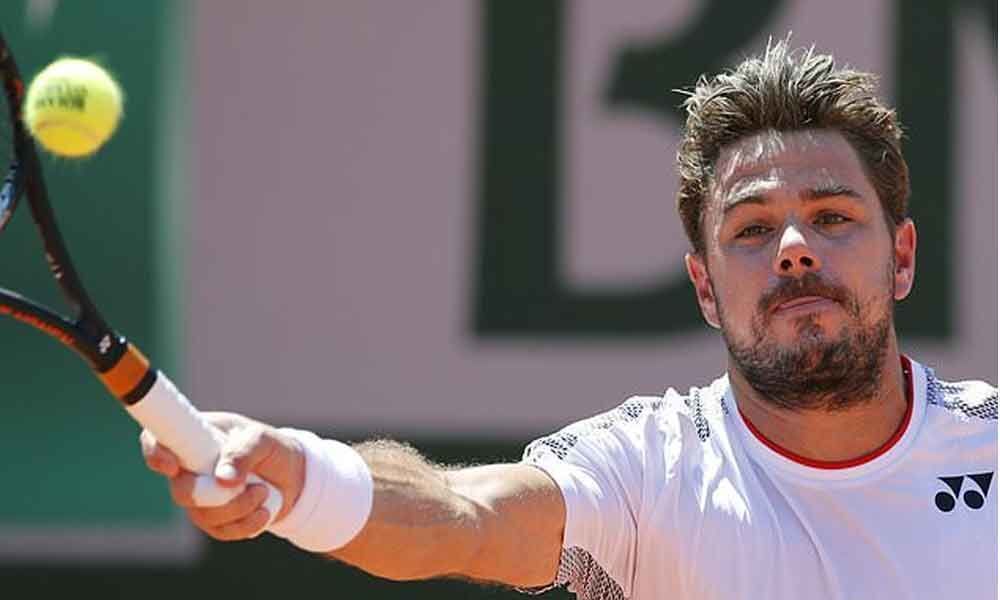 Third seed Federer, bidding to emulate his 2009 French Open title, was sublime in the dazzling sunshine, waltzing past Mayer 6-2, 6-3, 6-3.

Paris: Stan Wawrinka rolled back the years to stop Stefanos Tsitsipas in his tracks in the match of the tournament on Sunday to set up a French Open quarter-final against fellow Swiss Roger Federer.

Giving away 14 years to the swashbuckling young Greek on a baking afternoon, 2015 champion Wawrinka prevailed in a riveting five-hour battle of the backhands in front of an enthralled Court Suzanne Lenglen crowd.

She will play Croatia's Petra Martic who rallied from a set down to beat Estonian Kaia Kanepi 5-7 6-2 6-4.

The heat of the weekend is forecast to disappear on Monday when the rest of the fourth-round is completed.

Tsitsipas ended up coated in claydust after several diving volleys and the drama went right down to the last point when Wawrinka's sliced backhand pass just touched the sideline — leaving Tsitsipas crestfallen.

"That's the reason I came back from (knee) surgery," three-time Grand Slam champion Wawrinka said after the classic. Today was something really special."

Sixth seed Tsitsipas admitted defeat, when he was playing such scintillating tennis, had left him in tears.

"It's the worst feeling ever," he said.

The 37-year-old is still to drop a set but Wawrinka is the last player to beat him at the French Open — four years ago —since when Federer has skipped the tournament.

because there he was crushing the ball. It was unbelievable," Federer told reporters.

He will face the winner of the match between Kei Nishikori and Benoit Paire which was stopped for bad light.

Former women's champion Garbine Muguruza had been looking ominously good thanks to a return top form but her hopes were dashed by 2018 runner-up Sloane Stephens on Sunday.

American Stephens won 6-4, 6-3 to line up a clash with Johanna Konta who became the first British woman to reach the last eight at Roland Garros since 1983 by beating Donna Vekic.