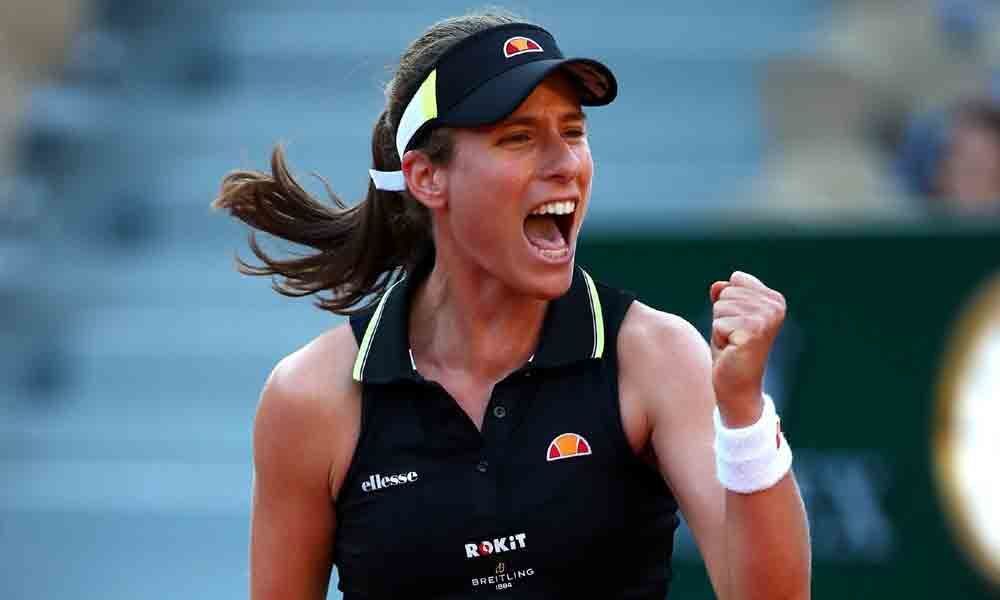 Johanna Konta became the first British woman in 36 years to reach the Roland Garros semi-finals when she swept past Sloane Stephens of the United States on Tuesday.

Paris (AFP): Johanna Konta became the first British woman in 36 years to reach the Roland Garros semi-finals when she swept past Sloane Stephens of the United States on Tuesday.

Konta, the 26th seed, downed last year's runner-up 6-1, 6-4 and will face either Czech teenager Marketa Vondrousova or Croatian 31st Petra Martic for a place in the final. Jo Durie was the last British woman to make the French Open semi-finals in 1983.

The 28-year-old Konta had not won a match at Roland Garros in any of her previous four visits. However, she now finds herself in her third semi-final at a major after runs to the last-four at the 2016 Australian Open and Wimbledon in 2017.

"To play on the new Chatrier court for the first time was wonderful especially against one of the world's best players," said Konta after her third win in 2019 over Stephens.

"I am super happy because the conditions were so windy and Sloane is the kind of player who can run away with a match. So I had to be prepared to keep her on the back foot and control the points."

Konta made sure of emulating Durie by breaking former US Open champion Stephens in the fourth and sixth games of the first set. The Briton fired four aces and 12 winners past her 26-year-old opponent in the 35-minute opener. The 26th seed tightened her grip with a break in the opening game of the second set and that proved more than enough. Such was Konta's domination that she allowed Stephens just one point on her serve in the entire second set which ended with a whimper when the American sent a groundstroke wide of the mark.