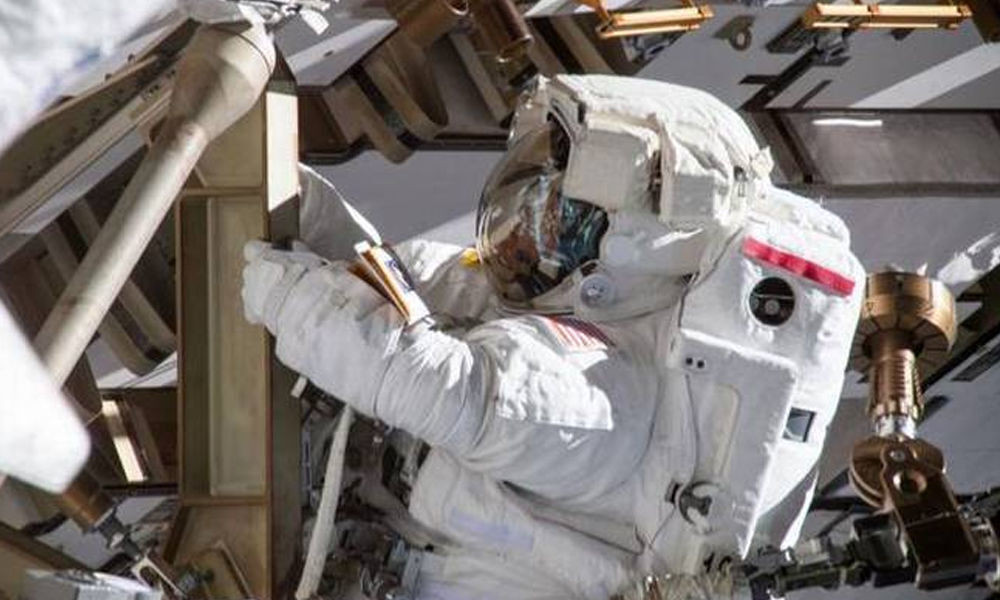 NASA’s plan to conduct the first all-female spacewalk this month had to be scrapped after the crew aboard the International Space Station encountered an unexpected setback — the lack of well-fitting spacesuits, the U.S. space agency said.

NASA's plan to conduct the first all-female spacewalk this month had to be scrapped after the crew aboard the International Space Station encountered an unexpected setback — the lack of well-fitting spacesuits, the U.S. space agency said.

NASA astronauts Anne McClain and Christina Koch were scheduled to conduct the historic spacewalk on March 29 to install powerful lithium-ion batteries for one pair of the station's solar arrays.

Since the space station was assembled in 1998, 214 spacewalks have taken place, all of which had at least one male astronaut.

However, after Ms. McClain conducted her first spacewalk on March 22, she realised that a medium-size hard upper torso — essentially the shirt of the spacesuit — fits her best.

Since only one medium-size torso can be made ready by March 29, Ms. Koch will wear it, the U.S. space agency said in a statement.

These will be the 215th and 216th spacewalks in the history of International Space Station assembly and maintenance. During the first spacewalk of the series, on March 22, Ms. McClain became the 13th woman to perform a spacewalk. Ms. Koch will become the 14th on March 29.

No difference exists in a male's or female's suit, but female astronaut usually require a smaller size.

The shuttle spacesuit was designed to be made of many interchangeable parts, to accommodate the large number of astronauts with widely varying body sizes. These parts (upper and lower torsos, arms, etc.) are made in different sizes.

The body measurements of each shuttle astronaut are taken and recorded. Then the measurements are plotted against the size ranges available for each spacesuit component, according to NASA.

We do our best to anticipate the spacesuit sizes that each astronaut will need, based on the spacesuit size they wore in training on the ground, and in some cases astronauts train in multiple sizes, said Brandi Dean, spokeswoman of the Johnson Space Center in Houston.

However, individuals' sizing needs may change when they are on orbit, in response to the changes living in microgravity can bring about in a body. In addition, no one training environment can fully simulate performing a spacewalk in microgravity, and an individual may find that their sizing preferences change in space, said Ms. Dean.