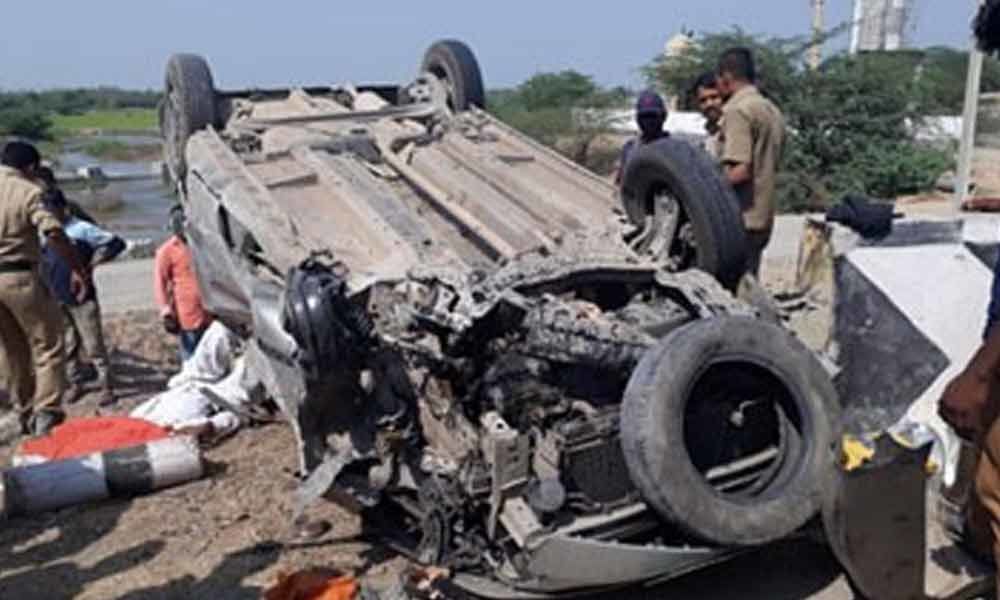 A person died on the spot and three others were seriously injured after the car they were travelling in suffered tyre burst and rammed into the divider on Saturday.

The accident took place when the victims were travelling to Hyderabad from Vijayawada in a car bearing registration number AP24CL 3279. All of them are said to be from the same family.

The police shifted the injured to a hospital for treatment.

In the morning, two people were grievously injured after two lorries collided with each other in Medak district. The mishap occurred at Bodmatpally of Papannapet mandal in the wee hours of Saturday.