12 hurt after vehicle falls into roadside pit in Srisailam 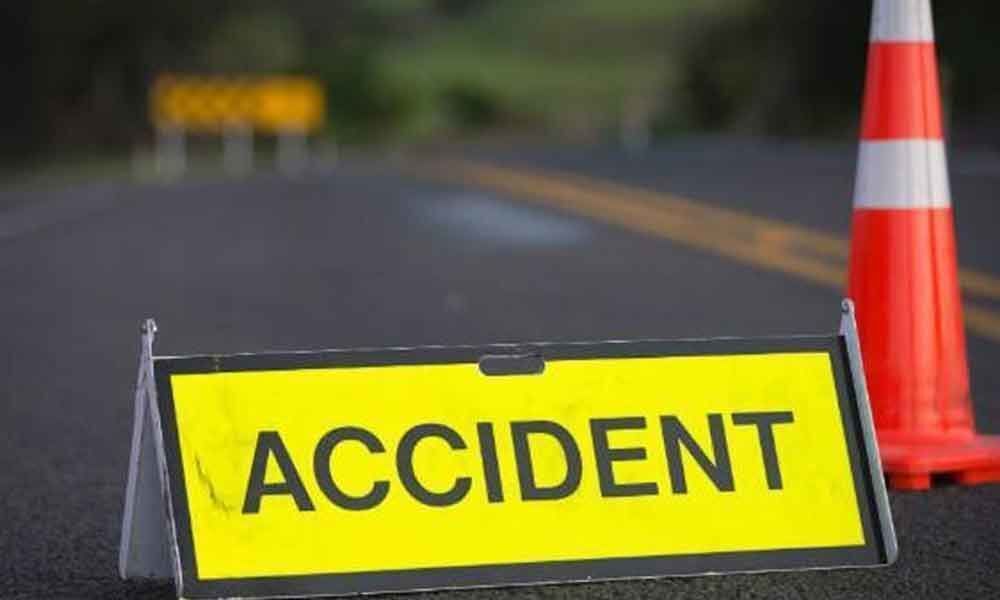 Domalapenta (Nagarkurnool): As many as 12 persons were grievously injured when the vehicle in which they were taking Lord Ganesh idol for immersing it into the Srisailam dam reservoir, fell into a roadside pit at Domalapenta village of Ambrabad mandal in Nagarkurnool district on Thursday.

According to sources, the cruiser vehicle from Hyderabad with more than 12 persons and loaded with a heavy Ganesh idol was heading towards Srisailam dam reservoir for immersion.

However, when they reached the Domalapenta village, there was a sharp curve on the road where the driver lost control over the vehicle and rammed it into a pit that led to overturning of the vehicle.

With this, all the 12 members in the vehicle were buried under the Ganesh idol and suffered injuries. A few of them who suffered critical injuries were shifted to Achampet Government Hospital for treatment.

The Ambrabad police reached the spot and rescued the injured and sent them to the hospital for treatment.