Adilabad: 100 to 1,000 fine for not wearing mask: In-charge Collector Rahul 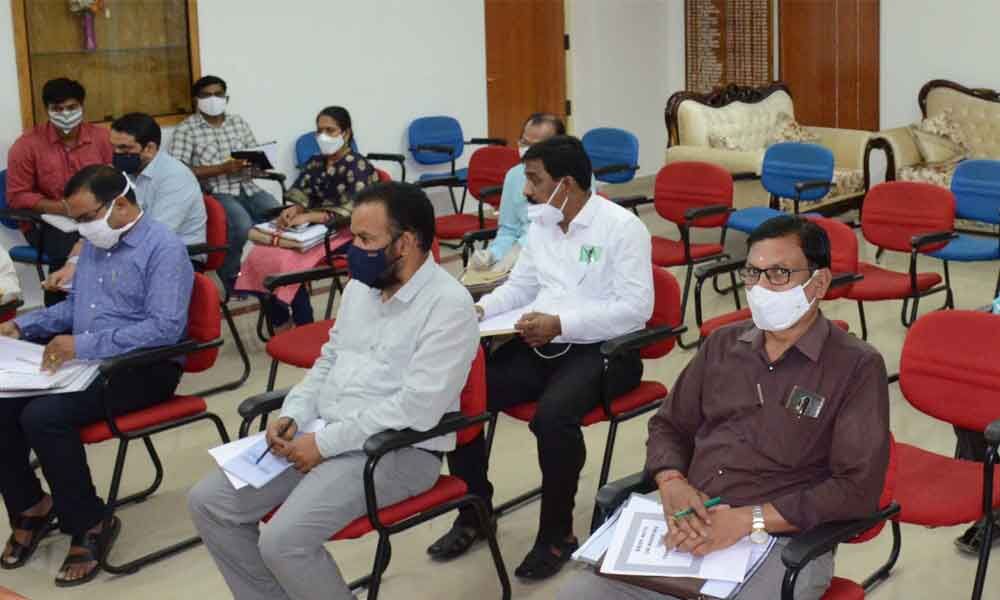 After taking charges as the in-charge District Collector on Wednesday, Rahul Raj said that everyone should wear mask and keep physical distance to prevent the spread of Covid-19.

Adilabad: After taking charges as the in-charge District Collector on Wednesday, Rahul Raj said that everyone should wear mask and keep physical distance to prevent the spread of Covid-19.

Addressing the officials at a meeting at the Collectorate here, he said that people should be vigilant in view of the commencement of Covid-19 second wave and conduct extensive publicity campaigns in villages in collaboration with the sarpanches in compliance with the regulations prescribed by the government. He said everyone over the age of 45 should be made aware of the vaccination. He suggested that a resolution should be passed in the gram panchayats on how to collect fine from those, who do not wear the mask.

The in-charge Collector directed mandal Tahsildars and mandal praja parishad officials that immediate action should be taken with plans to create a wide awareness among the people on preventive measures and on vaccination in their respective zones. He also ordered officials to collect fine form people who don't wear a mask in public places. For the first time it would be one hundred rupees which would go up to one thousand rupees. There are 22 primary health centers and five urban primary health centers in the district which need to work in an efficient manner to make sure the targets of vaccination and Covid 19 testing are met.